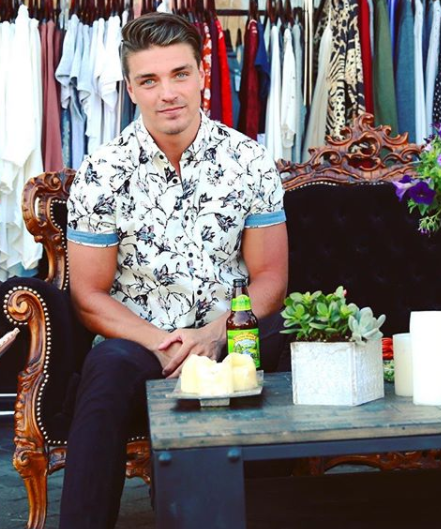 This week on Bachelor in Paradise fans saw Dean Unglert come back to get Caelynn Miller-Keyes. She decided to leave with him. Now on his podcast, I Suck at Dating he is talking about what happened. Dean also gave an update on the couple.

First off, Dean says that everyone knew he joined the show just for fun. He was straight up with everyone that he didn’t want to date anyone. He even told producers he didn’t plan to leave with a girlfriend. That didn’t stop Caelynn from falling for him. Caelynn had even told him she was there to meet Connor S.

Dean Unglert says he called a producer saying he made a mistake. He even went back to California then returned to Bachelor in Paradise. Production helped him with the decision to ask Caelynn to actually leave the show.

Fans are wanting to know how this couple is doing now. It looks like things are going great since they are now posting about each other on social networks.

They are now dating and together. It has already been a couple of months since the show was done filming. He says they spent a few nights in the van when they got back. Dean admits it is hard to see her go through the drama of the season. Dean even called her his girlfriend.

Unglert explained that they have traveled a lot. Dean and Caelynn are a bit different, but they are figuring it all out together. Dean loves to be out living his life in his van, but it sounds like she is going along with him for the ride a lot of the time.

It turns out that as of this week Dean and Caelynn are on a cell phone plan together. That is taking things pretty serious and it is even a two-year commitment. He even teases her about what would happen if it doesn’t work out. It sounds like things are going great for Dean and Caelynn now.

Don’t miss the new episode of Bachelor in Paradise tonight on ABC.

‘Marrying Millions’: Are Kevin & Kattie Still Together?
‘1000-Lb. Sisters’: Doctors Tell Amy Slaton Something Really Scary
Krystal Nielson Shares Details On Complications In Her Pregnancy
‘The Young and the Restless’ Spoilers: Will Elena Steal Devon’s Sperm?
Is ‘When Calls The Heart’ Season 8 Setting Up For Lori Loughlin’s Return?