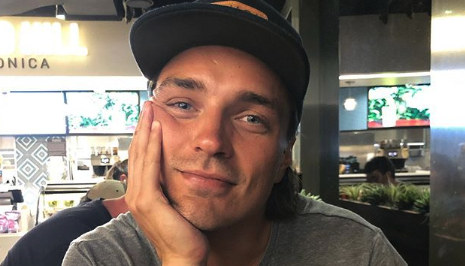 Dean Unglert has a bad reputation in the Bachelor in Paradise world. Now that he has come back to win over Caelynn Miller-Keyes, everyone is becoming skeptical of him. This includes Kristina Schulman who has some interesting questions for him in the BIP sneak peek.

According to E! News, Kristina Schulman isn’t very sure that Dean could’ve changed all that much since his last few minutes in Paradise. Dean has become a nomad living in a van with a mustache horrible enough to make you cringe every time you see him. He fell hard for Caelynn who reciprocated the feelings. Then, Dean got scared and ran away. However, he shaved the mustache and came back for his girl. Kristina doesn’t really believe him.

Kristina, being the bold woman she is, wasn’t afraid to walk right up to him and ask why he was back. Dean replies that he regretted leaving. It seems like a pretty straight-forward reason. He probably regretted leaving such an amazing woman behind. However, Kristina points out that this is eactly what Dean does when he’s on BIP.

In season four, he couldn’t decide between Kristina and Danielle Lombard. It made everyone sad and left everyone in shambles. How is this time any different?

However, this time is a little different because he says he is leaving that same day. He isn’t going to stay in Paradise to play. This time, he is leaving that same day. He just wants Caelynn to come with him home. That sounds like a pretty serious commitment on his end. More serious than we’ve seen him in the past. Kristina isn’t so sure Caelynn will go with him though. After all, he broke her heart and left her behind. How could she ever trust him again?

missing baggage: if found please return to @caelynnmillerkeyes omw back to #bachelorinparadise tonight with a new look 👶🏼

Will Caelynn leave Bachelor in Paradise

“Are you crazy? Dean, you leave her, she is in tears for days after, and you expect her to be like, I’m up and leaving?” Kristina said.

She was so devastated though it could mean that she would actually be willing to go with him. It honestly seems like she was falling in love with him. If she really is, then she will certainly leave with him and see where their relationship takes them.

What do you think? Should Caelynn leave Bachelor in Paradise with Dean Unglert? Let us know what you think in the comments. Be sure to watch new episodes of BIP Monday and Tuesday night to see what Caelynn decides to do.