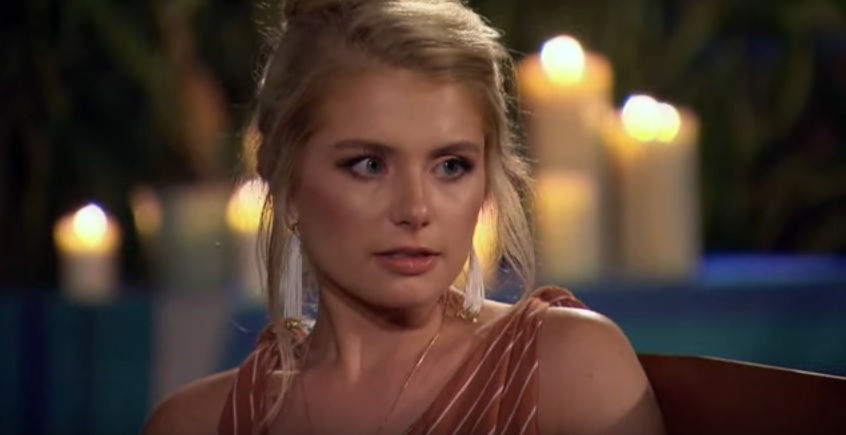 Tuesday’s episode sees Chris Harrison informing everyone that Paradise is over, and anybody who isn’t serious about their current relationship will need to get off the island. It’s like at the end of the party when they turn the music off and shut down the bar. So who has to take the boat ride home?

Anyone who’s ready to commit gets to stick around for overnight dates. Bachelor in Paradise fans can guess what that means. Plus, there’s at least one love triangle to resolve, because the show had to leave some mystery for the last week!

Oh, and according to ABC’s official description, Dylan and Hannah crash “a local child’s birthday party.” Wait, what? Are they at least bringing a gift? Here’s how ABC officially describes the episode:

What couples will survive this last intense week in Paradise? Hannah and Dylan attend a local child’s birthday party, giving them a glimpse of what the future might bring and inspiring them to share their feelings for one another. Nicole can’t wait to say “I love you” to Clay, but will he be able to reciprocate? Shocking breakups litter the beach.

Since this is the end of Paradise (somewhat), pretty much everything is on the table. Expect romance and heartbreak, and some last-minute surprises. Also, a lot of awkwardness. What kid wants two Bachelor stars showing up at their birthday party? Unless Hannah or Dylan know the child, it’ll be weird.

This episode could have ramifications for Bachelor Nation beyond this season, too. There may even be a hint about the future Bachelor here. After all, ABC likes to drop information about the next Bachelor franchise show every time one ends.

The ABC preview for this episode also confirms that there will be at least one proposal:

If the above has you hooked, here’s everything that you need to know to watch Bachelor in Paradise online or live tonight:

Air Date: Sept. 10, 2019
Time: 8:00 p.m. ET/PT
Channel: ABC
Episode Title: “Episode 606B”
Live Streams: You can watch online at the ABC website or via the ABC app. Hulu subscribers who have the Live TV option can also stream via Hulu.
On Demand: This episode will be available on regular Hulu and ABC on Demand, but only after it has aired.

MTV’s ‘Families of the Mafia’ Returns, Sammy “The Bull” Gravano Featured, Preview
A Denim Jacket And Roll Call Has Fans Sure Jana Duggar’s Engaged
‘Days Of Our Lives’ Two Week Ahead Spoilers: Ciara Returns – Lani & Eli’s Bash Crashed
Khloe Kardashian Reveals Truth About Relationship With Tristan Thompson: Are They Together?
‘The Bold and the Beautiful’ Spoilers, June 21-25: Thomas Gets The Shock of His Life