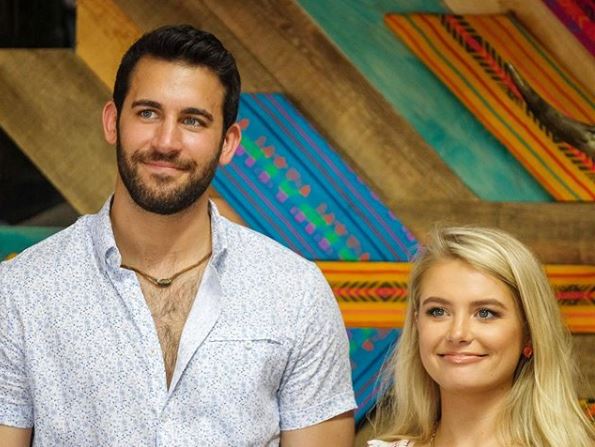 Bachelor in Paradise tonight showed that Demi is changing things up. The girl that she was dating at home is coming on the show. Now, this is going to leave Derek Peth alone on the show. Now, fans are wondering if this could end up giving Derek a chance to be The Bachelor.

The Bachelor needs a leading man

ABC has not picked who will be The Bachelor next. There is a lot of talk and names being thrown around, though. In the past, they have picked someone who fans loved on Bachelor in Paradise. It looks like there is a big chance it could happen that way this time around.

The face you make when you get to shake THE @chrisbharrison ‘s hand. Happy birthday Chris! Thank you for sharing your skincare routine with me so I can always look 25 just like you!

Derek Peth was really into Demi Burnett. Then it was revealed that her girl from home is joining Bachelor in Paradise. Tonight he said the second she smiled at him that he knew he was in trouble. Derek was really into Demi, but that is going to change now.

Could it be Derek Peth?

So now everyone wonders if Derek Peth could land the job as The Bachelor. He is single and looking for love. Fans love Derek. He is attractive and really could be perfect for the job. Only time will tell who they decide to pick or if Derek would even want to do it. Another thing is that Derek is mature, which would make him a great candidate.

Now that Derek doesn’t have a woman, he could end up going home. That would leave him open to be the next guy handing out roses. He is also a fan favorite.

Do you feel like Derek Peth would be a good choice for The Bachelor? Share your thoughts in the comments below. Don’t miss The Bachelor when it starts airing on ABC in January. You can also catch new episodes of Bachelor in Paradise on Monday and Tuesday night.