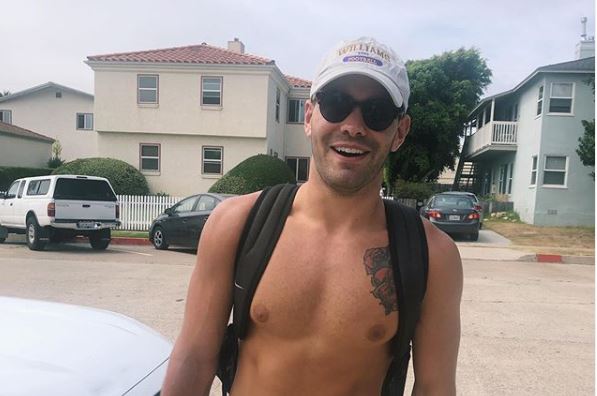 Hannah G and Dylan Barbour fell in love on this season of Bachelor in Paradise. The couples are supposed to keep it a secret until the finale airs. Hannah and Dylan aren’t doing that at all, though. Reality Steve went to his Twitter to share that these two are going strong.

Hannah B and Dylan Barbour at the Beach

Hannah B and Dylan Barbour just enjoyed a day at the beach. The couple looked like they were having a blast together. You can see them sitting together on a towel and enjoying themselves. As Reality Steve said, they are doing a “horrible job” of hiding that they are together. ABC probably wouldn’t be thrilled.

There are also some pictures of these two at the beach as well. They weren’t trying to hide and fans were watching. You can see that they must have decided everyone knows already anyway. The spoilers have been out for a while.

Spoilers on this couple

Reality Steve already shared big spoilers on this couple. It does turn out that they get engaged at the end of the show. It looks like they are still together and going strong. The fans couldn’t be happier that these two have found love. He will pop the question on the finale. You know that Neil Lane will show up to help the guys pick out rings. If spoilers are right, more than one proposal will happen. So far, there is no word on a wedding, but it wouldn’t be surprising if one happens next year on Bachelor in Paradise.

Of course, Hannah G didn’t have her ring on at the beach. She isn’t allowed to show it off. Hannah also probably wouldn’t want to take the chance of losing it somewhere. A lot of people don’t wear their rings when they go to the beach.

Don’t miss new episodes of Bachelor in Paradise on Monday and Tuesday on ABC. The finale will air this week with the reunion airing on September 17. After that, it will be time to watch Hannah B on Dancing With the Stars. This will air on Monday nights each week.