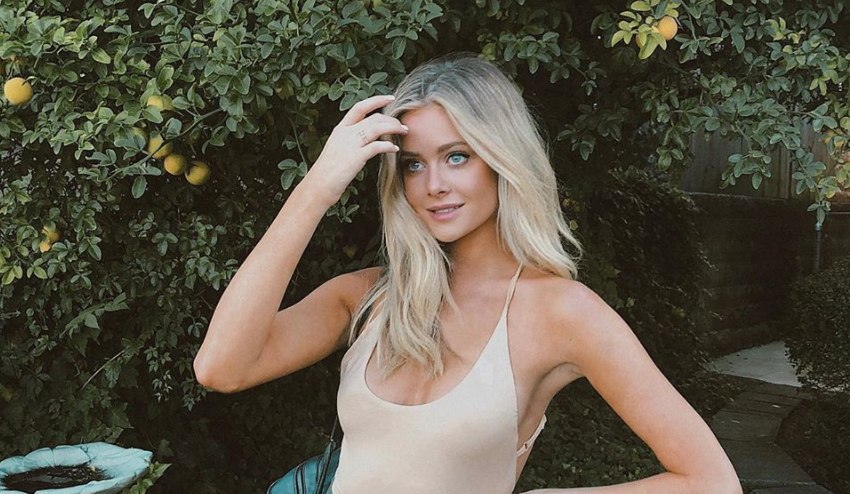 Things are getting steamy on Bachelor in Paradise. Dylan Barbour is revealing his true feelings for Hannah Godwin. Turns out, he’s pretty into her and might be ready to take this further. They are an adorable couple on camera, so this wouldn’t be the worst thing to happen.

Hannah Godwin and Dylan have been all over each other in Paradise. They have basically been together since week two. According to People, even Hannah thinks good things are coming for her and Dylan before the show ends.

Apparently, at the time of taping, she said that she thinks that they will have a pretty happy ending. This is crazy because she couldn’t even decide if she wanted to date Dylan in the beginning. Let’s not forget her whole thing with Blake. Well, guess she’s happy she changed her mind.

“I’m thinking we’ll have a happy ending,” Hannah said in the clip.

What’s even better? After that, they rolled a clip of Dylan telling Hannah that he loves her. How great is that? Now, the next question is whether the two will end up married in their future.

Although they had a rocky start, the two are a pretty cute couple now. Somehow, Dylan knew before he even arrived to Paradise that Hannah was the girl for him.

Let’s talk about the elephant in the room/beach… me and @katieemo sandy gross feet 🙃 aka @demi_not_lovato biggest fear / who’s watching @bachelorinparadise this week?

He doesn’t seem to be wrong so far. On the show, they are always cuddling and being obnoxiously cute. They have accomplished exactly what Paradise is there for. There’s nothing better than two people falling in love after their second chance.

There’s going to be a lot of drama coming up in the next few episodes. People even says that Demi and Kristian might have some struggles. In the preview for the show, Demi is crying about how she doesn’t want to lose her girlfriend.

This whole thing is pretty crazy because they seem so happy together. Ever since Demi’s girlfriend got to Paradise, they have been all over each other. It’s hard to believe they would really split after all they have been through together. However, crazier things have happened in Bachelor Nation.

What do you think of Hannah and Dylan together on Bachelor in Paradise? Do you hope they last? Let us know what you think in the comments.

Be sure to watch the final episodes this Monday and Tuesday night. There are big things coming, and you certainly don’t want to miss out!