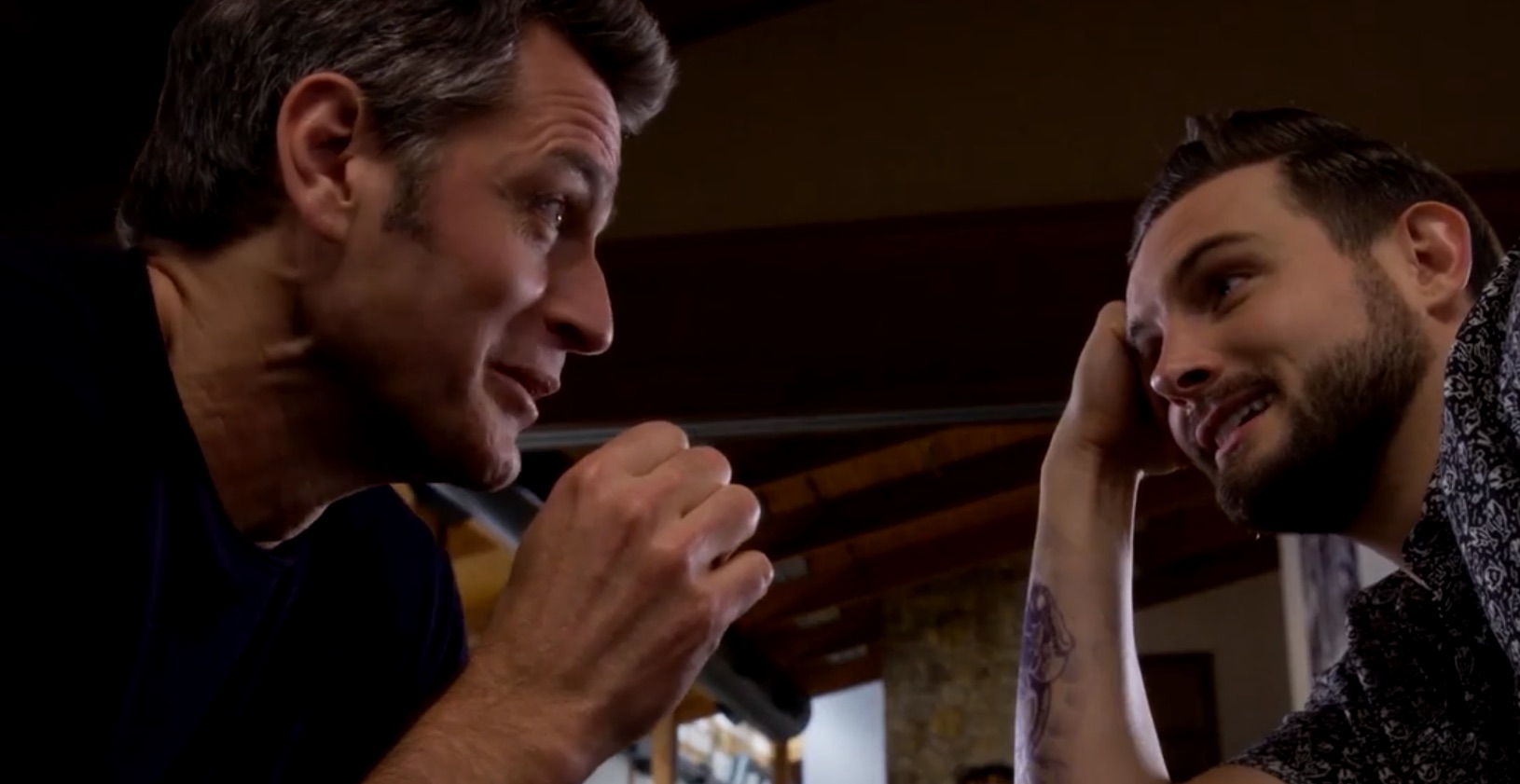 On Thursday, Younger fans reacted to the Season 6 final episode with requests that the show writers finally end the “toxic triangle.” What they are referring to is the Charles, Liza and Josh love triangle. This has become a huge part of the series since Season 2. What have fans said, and what do show writers say about the toxic triangle? There are spoilers below, please beware.

Younger fans that hoped that Liza (Sutton Foster) would finally just pair up and give up the toxic love triangle were disappointed at the Season 6 season ending cliffhanger. Charles (Peter Hermann) proposed during a dance at Diana and Enzo’s wedding. But, a hesitant Liza was whisked away by other dancers and didn’t have to give her response. This all happened moments after telling Josh (Nico Torterella) not to make his hourglass tattoo commercial, leading fans and Josh to believe there was still a chance.

Younger fans, particularly those who were #TeamCharles were particularly frustrated over the toxic love triangle. Meanwhile, #TeamJosh fans regained hope that their fav guy will reunite with Liza.

One fan wrote: “Gosh, I wonder if the @YoungerTV writers might actually give Liza & Charles a chance at happiness next season because this season has been a complete disappointment. #EndTheToxicTriangle #PowerSuitLizaMeetsJosh #LizaStopsBeingADoormat.”

Another fan wrote: “They were successful…. until this season. It’s been choppy at best, they’ve turned strong characters weak and kept characters that should have moved on. It’s been a constant contradiction in order to keep a dead triangle alive. BORING.”

Will the writers end the toxic love triangle? According to  Younger writer Don Roos, who spoke to TV Line about how “Liza manages to keep getting away with this emotional manipulation,”  this may continue into Younger Season 7. He shared the two words: “Sutton Foster.” This is the two-time Tony winner that steals the show with her smile and goofy giggle.

Roos admits that “Liza is the most infuriating woman, and she could be [less endearing] in the hands of somebody else.” Then he explained  that their secret weapon is more than acting. “But there’s such a good naturedness about Sutton as a person, and it comes through in her character — even when Liza is torturing someone unnecessarily. She doesn’t mean to.”

Roos explained that Josh was the first guy that was part of her new life. Describing it like a baby duckling looking up at its mother, but really venturing into Twilight territory, he shared that “There was a sort of “imprinting.” He insists that Liza loves Charles, but is not ready to let go of Josh.

Younger is already renewed for a seventh season. Will the writers find a way for Liza to choose one of these two guys. Will Liza abandon the toxic triangle once and for all? Now that Phoebe Dyvenor (Claire) is busy starring in the new Bridgerton series, will this mean that Josh takes off for California too?

Be sure to check back with TV Shows Ace with the latest Younger news. Younger Season 7 will air in 2020.