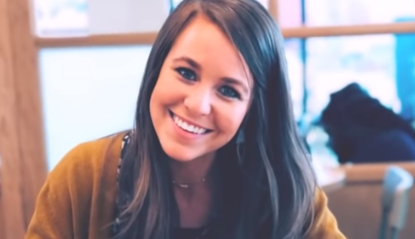 Just as many reality TV families do, the Duggar family receives constant criticism. Though it is clear they are trying to help others in a positive way, they can’t escape it. After Hurricane Dorian hit the Bahamas, some members of the Duggar family took it upon themselves to help. Most see this as an act of kindness, but some fans are not happy with the family.

John, Jana, Jason, and James took off early this morning with a medical and disaster relief team to the Bahamas to help after the massive devastation from #HurricaneDorian . They’re now on the ground! Please keep the team and all who’ve been affected by this horrific storm in your prayers! . If you’d like to keep up with, or support @mediccorps and the work that’s being done, you can do that at the link in our bio.

The official Duggar Family Instagram page shared a photo of some of those who went down, as well as other family members’ accounts. It seemed that John David, Jana, Jason, James, and even Joy-Anna’s husband, Austin Forsyth, headed down.

“John, Jana, Jason, and James took off early this morning with a medical and disaster relief team to the Bahamas to help after the massive devastation from #HurricaneDorian,” the post said. “They’re now on the ground! Please keep the team and all who’ve been affected by this horrific storm in your prayers!”

They appeared to be working with a group called “Medic Corps,” possibly a charity the family started. The Instagram account for the group is fairly new. It is said to be “a Christian organization serving in times of need and disaster.” CafeMom.com quoted, “providing emergency medical care and helping to train and improve 3rd world emergency care systems.”

The Duggars aren’t directly tied to the organization’s website, but it is based in Springdale, Arkansas. Where the Duggars are from.

Some of the comments on the Duggar family Instagram post sparked concern among fans. One said, “Not to sound critical, but not one of you is a licensed doctor, pharmacist, or pharmacy tech.” This is a good point, Austin is the only one with EMT training. In a disaster situation, it might be useful to have the firefighter training that Jana and John David do.

Even without medical training, there is enough for others to do they don’t need special skills for. It could be that they are letting trained individuals help with medical needs, while they help with other needs.

Fans Were Skeptical Of The Trip And Its True Purpose

Jana didn’t appear in the photo that had been posted on the family’s page, this made some fans upset. They feel she isn’t getting the recognition she deserves. A comment read, “Why isn’t Jana in the picture, I wonder.” The caption listed Jana as one of the people on the trip but show in the picture with the guys.

Others were not sure of the organization. One comment read, “Why not join forces with an organization such as the Red Cross?” The Duggars have a difficult history with charities, such as Jill and Derick’s missionary organization being accused of being fake and later shut down. So it is reasonable to think they might’ve created their own, rather than working with an existing one.

In the end, they were trying to use their own resources to help others in need. The situation after Hurricane Dorian is scary and sad, they’re trying to provide help to those affected even just a little.