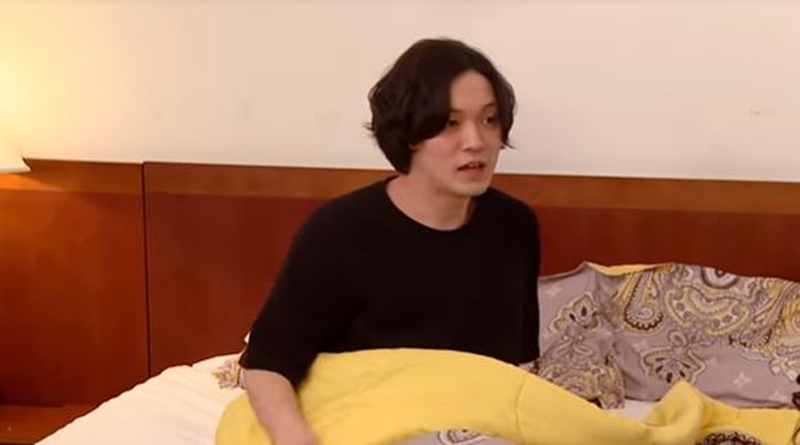 90 Day Fiance: The Other Way aired on Monday night, September 2.  Fans know that Deavan relentlessly complains she gave up her house (make that parent’s home), and left everything behind to risk life with baby daddy Jihoon. Now, on her way to Korea minus her daughter Drascilla, she’s still stressing about trusting Jihoon. After all, you would, fans suggest, if you hardly know the man who knocked you up. Jihoon’s virtually a stranger, but she’s upset because he failed on all three counts. However, fans reacting to the situation on social media mostly blame Deavan for her circumstances.

While Jihoon failed to step up to his side the bargain, Deavan finally made one good decision. She actually left her daughter Drascilla with her parents in the USA. Flying over with baby Taeyang, she felt she could rather send for her later if it worked out. On that, a number of fans felt that for once, she thought something through. While Deavan often looks thoughtful, when she opens her mouth it’s usually to bemoan every situation in her life. It turned out to be a very good idea to leave Drascilla behind.

On the episode of 90 Day Fiance this weekend, it became obvious that Drascilla wouldn’t fit into the small accommodation space. After all, fans complained about the rambunctious child. Even Jihoon seemed shocked at her indiscipline. Even after his son was born and he visited them in the USA, he mentioned that she’s a “wild child” when they visited the park together. So, to squeeze in overactive Drascilla, baby Taeyang, Jihoon, his dog, and Deavan would have been a struggle.

That Jihoon failed miserably to prepare for Deavan’s arrival is definitely a sign of some character flaw. TV Shows Ace reported on August 18, “Ready to fly to South Korea, Deavan gave up her job. Plus, she sold all the stuff she owns.

Now, she’s angry and concerned, as Jihoon quit his job.” She found out the news in the park. Towards the end of that 90 Day Fiance episode, she harangued Jihoon on the way to the airport. She managed to extract two promises from him. Well, he conceded reluctantly that he should find a job and arrange an apartment for them.

But, he never did either of those. Plus, he failed on a third front by wasting money on a car seat they didn’t need. Actually, that car seat made for the biggest blunder of all. He waited until the last moment to buy one. Then its late delivery made him over an hour late meeting Deavan and baby Taeyang at the airport in Korea. And, Deavan told him before that she already had a car seat. So Deavan, exhausted, finds out she’s living in a loft in Jihoon’s parent’s place, her baby daddy’s still unemployed, and he was late to the airport as he “doesn’t listen” to her. Presumably, fans would all go Team Deavan on this. But, that didn’t happen.

Fans react to Deavan’s situation – loads of them blame Deavan

On Twitter and Instagram, despite Jihoon’s failings, many fans of 90 Day Fiance reacted by blaming Deavan for her situation. Here’s what some of them said about it:

While a few fans did stand for Deavan, as you can see, many others blamed her for the situation she’s in.

What are your thoughts on Jihoon failing on all three counts? Do think the fans that blame Deavan are right? Sound off your thoughts in the comments below.