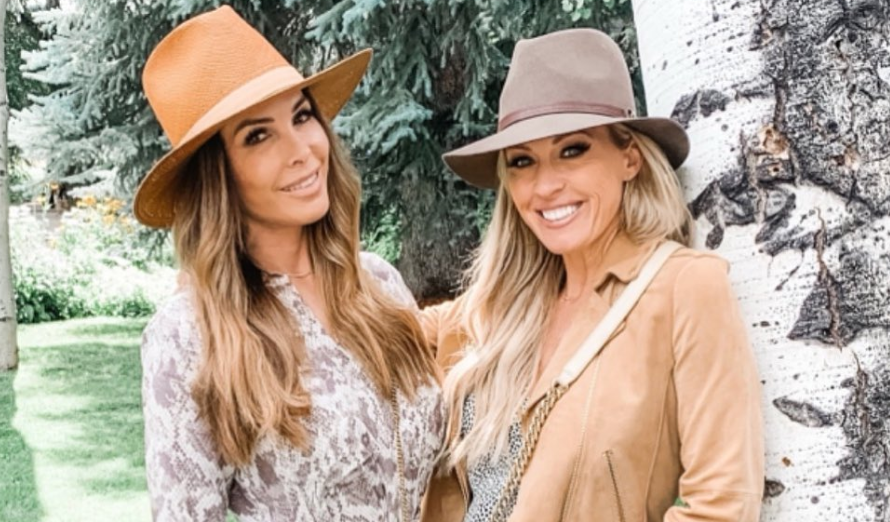 Braunwyn Windham-Burke has quickly found fans since joining Real Housewives of Orange County. They like her keeping it real with her seven kids and hectic lifestyle. Fans have said she brings a breath of fresh air to the cast. Braunwyn isn’t above fighting with the other cast members at all. While she’d bumped heads in the past, it’s never been that bad. A sneak peek of a new episode shows she’s ready for her first knock down drag out.

According to US Weekly, in a clip, Shannon Beador is yelling at Braunwyn and saying, “I have been nothing but kind to you!” It ends with Bruanwyn Windham-Burke walking away crying after admitting she’d messed up.

Happy? First day of school ….can you tell whose excited and whose not😂 #reallife #firstdayofschool #woohoo #gotmyhouseback #byefelicia

A post shared by Braunwyn Windham-Burke (@braunwynwindhamburke) on Sep 3, 2019 at 8:02am PDT

Shannon says she feels stupid for being nice to Braunwyn. The mother of seven says, “You know what, I’m sorry. I f–ked up. I’m a liar. I did and I didn’t lie on purpose.” Tamra isn’t buying this and says she “lied on accident” which is when Braunwyn Windam-Burke walked away crying.

How does the newcomer feel about all of this?

According to a post by Bravo TV Bruanwyn Windham-Burke says, “I’m starting to learn who I can and can’t trust.” She said, “being called a liar was hard for me..” She said she doesn’t regret having coffee with the former housewife, but she does regret not being upfront about it.

She also said she doesn’t regret learning from them and she believes it helped her connect with Tamra and Shannon on a deeper level. Burke also said, “There’s more backstory to this, but I never want to be a person that shows private text messages to people. I think it’s a breach of trust and tacky.” Well, that makes one housewife. Fans are looking forward to seeing how Bruanwyn Windham-Burke navigates the tricky waters after this fight.

‘You, Me, And My Ex’: Kayee & Jerry’s Race to Relationship
Thirsty ‘Too Large’ Fans Agree Dr. Procter Is A ‘Daddy’
‘Yellowstone’ Cast Member Drops Hint About Season 4 Release Date
Sister Wives Star Mykelti Returns To Her Original Roots
Is Lifetime’s ‘Secrets Of A Marine’s Wife’ Based On A True Story?