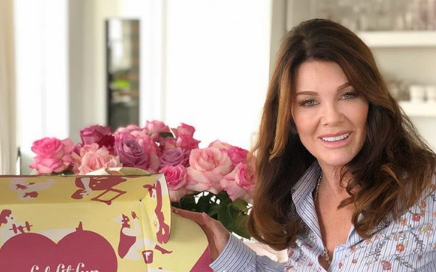 Lance Bass has had a role in the lives of Vanderpump Rules stars lately. He dropped the bomb that Katie Maloney and Tom Swartz weren’t legallly married and officiated the wedding of Jax Taylor and Brittany Cartwright. A rumor circulated that has since been debunked, he caused a huge rift in the relationships of the entire cast. Lisa Vanderpump and Lance Bass have a fun relationship fans have seen on the show.

He’s been seen on Vanderpump Rules before as a friend to Lisa Vanderpump especially. Now the former boy band star is saying he knew the ousting of LVP from RHOBH was coming. The two have been friends for a long time, Lisa was a bridesmaid in his wedding.

Lance Bass said he warned RHOBH star Lisa Vanderpump to leave the show years ago. According to Reality Blurb in an interview he said, “I kept telling Lisa like, ‘Look, one season these girls are going to take you down. They are going to plan. They are going to meet up and they did.” He said, “they waited years and they went hard.”

You know we love companies that give back, so I am always happy to wear @diffeyewear ! I love their variety of gorgeous frames and for every pair of DIFFs sold, they donate the gift of sight through medicine, surgeries, glasses, eye exams, and more! Use the code ‘LVP20' for $20 off your order today at diffeyewear.com 💕 #shopwithapurpose

Why Does Lance Bass Think Lisa Vanderpump Got Ousted From RHOBH?

Lance Bass was honest when asked why he thought the RHOBH women got rid of Lisa Vanderpump. He said, ““They’re jealous, c’mon now. She was the queen, queen bee. So of course a lot of jealousy comes in, and Lisa has this wicked sense of humor, this British humor that a lot of people don’t get. So she’s always poking, she’s always making fun, which I love.”

Lance went on to say it was hard for her to continue the show because she has a huge heart and he tells her not to read the comments. Bass said, “she’s one of those people that she wants everyone to like her.” According to People, Lance said he gets what her pokes feel like, the sense of humor she has. He said, “she gives it to me and my husband. I mean all the time she’s always making fun of me. But I love it and I embrace it.

Lance had some good advice for Lisa Vanderpump. He said, “not everyone is going to approve of everything that you do, so you just need to be yourself.” He’s smart for a former boy bander.