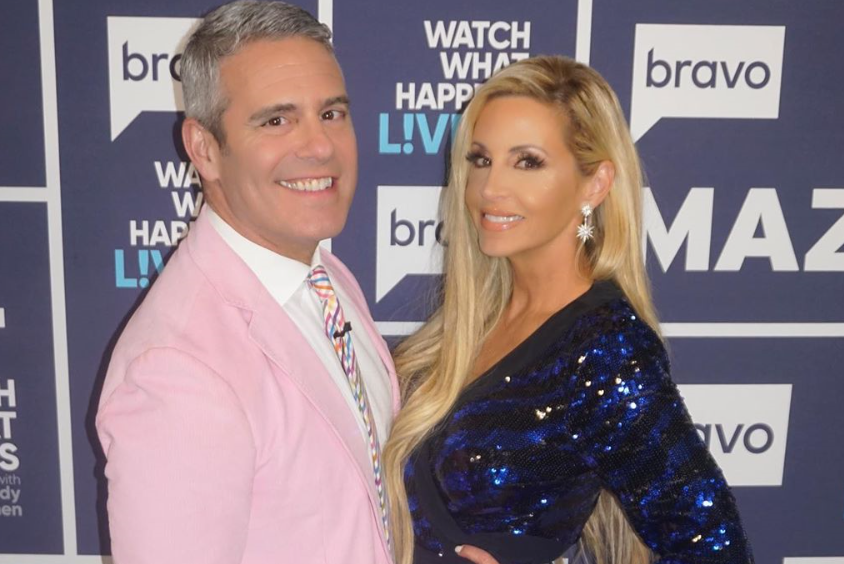 Camille Grammer wasn’t asked to come back to the Real Housewives of Beverly Hills according to People and that isn’t a huge surprise. She came to the reunion swinging and a lot of words were exchanged. What is surprising, however, is she’s placing the blame solely on Kyle Richards.

🤣😂 My mom is a trooper! Bless her heart! #cancerwarriors

What Do Fans Think About These Claims By Camille Grammer?

Fans weren’t buying that Camille Grammer’s fate had been decided by Kyle. They don’t think the producers would allow any of them to have that kind of pull. It seems to them the show runners wouldn’t give up on the drama Camille could bring to the new season just because Kyle didn’t want her to come back.

Kyle made a comment about the things said on the reunion during the off-season. She said, “Camille came into the Reunion guns blazing. I honestly do not know why she was so angry. We, of course, are going to address the stuff she said and did. That’s what the Reunion is about.”

Kyle also said Camille constantly contradicts herself and she’s amazed by it. “Doesn’t she know there’s cameras?” Kyle said the only thing she’d said about Camille Grammer is she played both sides of the fence to please people.

Change Is Coming To The Cast Of RHOBH

Garcelle Beauvais is thrilled to join the ladies of Beverly Hills for Season 10 along with Lisa Rinna’s friend Sutton Stracke. Garcelle is an actress and a former fashion model. Sutton is a well-known party player and popular socialite.

Beauvais will be the first African American Housewife in Beverly Hills. She is full of joy to be on the show because she considers it a great opportunity. Garcelle expressed her joy at this title by saying, “I am honored and humbled by this awesome opportunity to exemplify the fact that Black Girl Magic lives and thrives in every zip code!” It will be different without Camille on the show but it might be good for her state of mind.

An insider told US Weekly Camille is relieved she’s not going to be on the show anymore. They said, “she needs a break from the drama. She needs to focus on rebuilding her house and her marriage. She’s glad because she isn’t going to be the punching bag.”  Now fans will just have to wait and see if any of the housewives talk about the drama when the show returns.