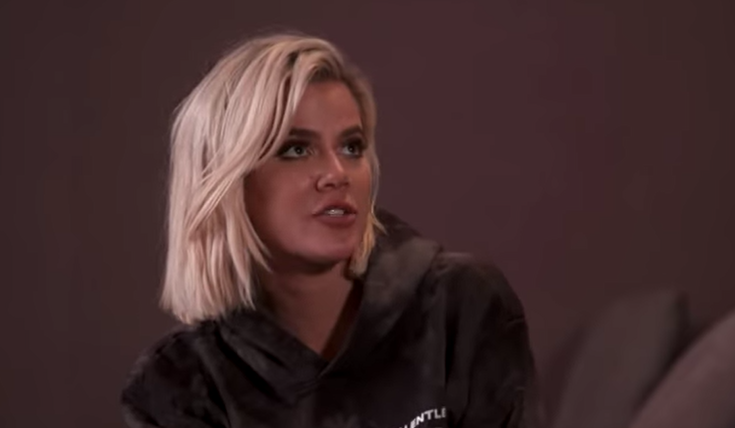 In his new memoir Darkness to Light, Lamar Odom didn’t hold back on his relationship with Khloe Kardashian. According to Cosmo he told all about the good and the bad of his short marriage to the reality star.

For her part Khloe Kardashian responded to the memoir in a classy way. Cameras for KUWTK were there when she reacted to the things he’d shared.

What Did Khloe Kardashian Say About The Revelations In The Memoir?

Khloe Kardashian was filmed talking to Kim about it and she said it was fine, it was his truth and he was allowed to tell it. She went on to say, “Him and I each played a significant role in each other’s lives, so I think it’s natural, like if I talk about my past I would hope my marriage would be a chapter I’d talk about.”

It does seem like a lot of personal drama is being revealed but KoKo is taking it in stride. She said, “I actually think it’s really courageous to talk about the amount of addiction that he’s had. Like, the depths of it. So, it doesn’t bother me.”

What Did Lamar Reveal In The Memoir Darkness To Light?

Fans didn’t get to see the really hard parts of Khloe Kardashian and Lamar’s relationship on KUWTK. At one point as Lamar recalls he threatened to kill Khloe when he was high. When this incident happened according to Hello Beautiful he was hallucinating from being so high on ecstasy and cocaine. Khloe called his friends to come to help her when fearing there were microphones in the walls he started hitting them with a golf club. When they showed up he said she was trying to embarrass him and he’d kill her.

Odom also said she caught him with a stripper and tried to beat her up. You can’t really blame her. He said when he was with the other woman Khloe, security, and her mom, Kris barged into the room. The things Khloe went through weren’t really public. Despite being in the spotlight all the time, she keeps things pretty close to the chest. While she admits that the things he talked about in his book were not, “all great.” She really seems to have a handle on how she feels about it.