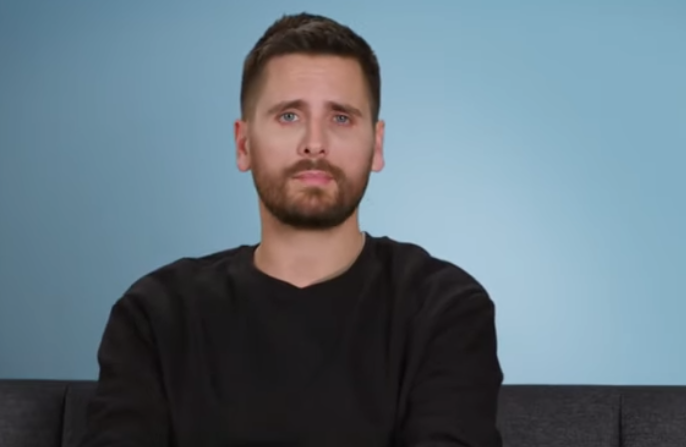 Scott Disick is a character that Keeping Up With The Kardashian’s fans have a rocky relationship with. He’s said some dumb things, done some dumber things, and really struggled with alcohol. Somehow though, you can’t help but love him. Now Hollywood Life is exploring the possibility that he may face some time in jail.

This all stems from a clip in the trailer for the upcoming season of KUWTK where Scott himself reveals the possibility. In a season with Khloe finding out about Tristan kissing sister Kylie’s best friend, Scott’s drama comes out of left field.

Go see my jeweler @jadellebh 💎 I have been through so many jewelers but I have never seen the quality, service, and amazing pricing like @jadellebh hands down best place around

Scott Disick Lets The Girls Know What Might Be Happening

From watching the trailer all three girls appear to be on the phone with Scott Disick. Kim Kardashian sounds freaked out, and says, “what just happened?” Scott replies that there’s a chance I could be going to prison. This bombshell comes in the last few seconds of an already tense trailer promising a crazy season.

Since he’s still very much involved in the kids lives, he’s still a part of the show. Scott still talks with the girls constantly. Scott also has a heart-to-heart with his ex about her relationship with his current girlfriend. In the clip when Scott is talking to Kourtney he says, “I want you and Sofia to be comfortable, but it does take like a toll on me.” Fans can speculate from this that perhaps Scott is going down the same destructive drinking path.

What Fans Are Saying After This Surprising Trailer Teaser

Fans want to know what Scott Disick did and the teaser has their imaginations running wild. Scott sat down with E Online and talked about his past on the cusp of his new show Flip It Like Disick. He said he was proud of how he’s transformed his life. He said before there were a lot of times in his life he never wanted his kids to find about. Now he thinks he will tell them everything. He doesn’t think they will believe how bad a place he was really in.

Since he had a number of run-ins with others when he got blackout drunk it’s probably something from his past coming back to haunt him. If he does spend time in prison it will be interesting to see if he looks at it as another teachable moment for his children.

Don’t miss the new season of Keeping Up With the Kardashians on E!.