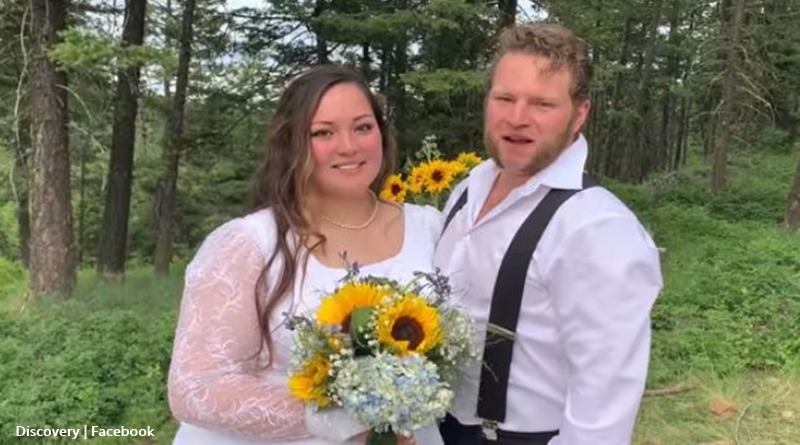 Alaskan Bush People fans learned that Gabriel Brown and Raquell Rose married in January in Washington. Now, they held another wedding ceremony and a special comes for it, titled Wedding in the Wild.  On Twitter, @AlaskanBushPPL posted it about it, and you will soon be able to see it.

On Twitter, the post said that fans of Alaskan Bush People can watch the special on the Discovery Go app. Meanwhile, over on Discovery Facebook, Gabe said that if you watch it on the app, you’ll see it ahead of other people. However, the Twitter post does not say exactly when you can watch it. They urged people to follow their #AlaskanBushPeople hashtag.

The post noted, “It’s official! Gabe and Raquell have tied the knot

Keep following #AlaskanBushPeople to see their “Wedding in the Wild” coming soon to the Discovery GO app.” Both social media sites shared snippets of the wedding and it looks like Friday’s celebration involved close friends and family.

The backstory to the second wedding which will air on Discovery

The couple, Gabe and Raquell met through his sister Rain Brown and ever since Valentine’s Day 2018, they just grew more and more in love. When they first married in January, it was back in Washington and Gabe told People that his brother Noah officiated at the wedding. Now, it looks like they especially married again in the wild.

Discovery managed to get some mileage out of the meeting and loving of this couple, so why not bring a Wedding in the Wild special to Alaskan Bush People fans? While ratings dropped a bit in season 9 of the show, Radar Online explained that Discovery renewed for season 10. So, there’s a hiatus right now, and the wedding’s a good filler special.

It's official! Gabe and Raquell have tied the knot 🎊

Keep following #AlaskanBushPeople to see their "Wedding in the Wild" coming soon to the Discovery GO app. pic.twitter.com/r2kae7PFdJ

Radar Online reported back in April, when the last season ended, that an insider spoke to them. They reported, “[The Brown family] were a bit worried because of lower than usual ratings last season, but after the finale brought in big numbers for them, they knew that season 10 would likely be happening.”

The way Radar tells it, season 10 might show us how the family try and get back together again as they are ait fractured. Noah and his wife Rhain went off to Colorado. taking their son with them. Plus, news already came out that there’s some bad feeling between Matt and his dad.

What do you think about the second marriage between Gabe Brown And Raquell Rose? Ae you excited to see their Wedding In The Wild special? Sound off your thoughts in the comments below.