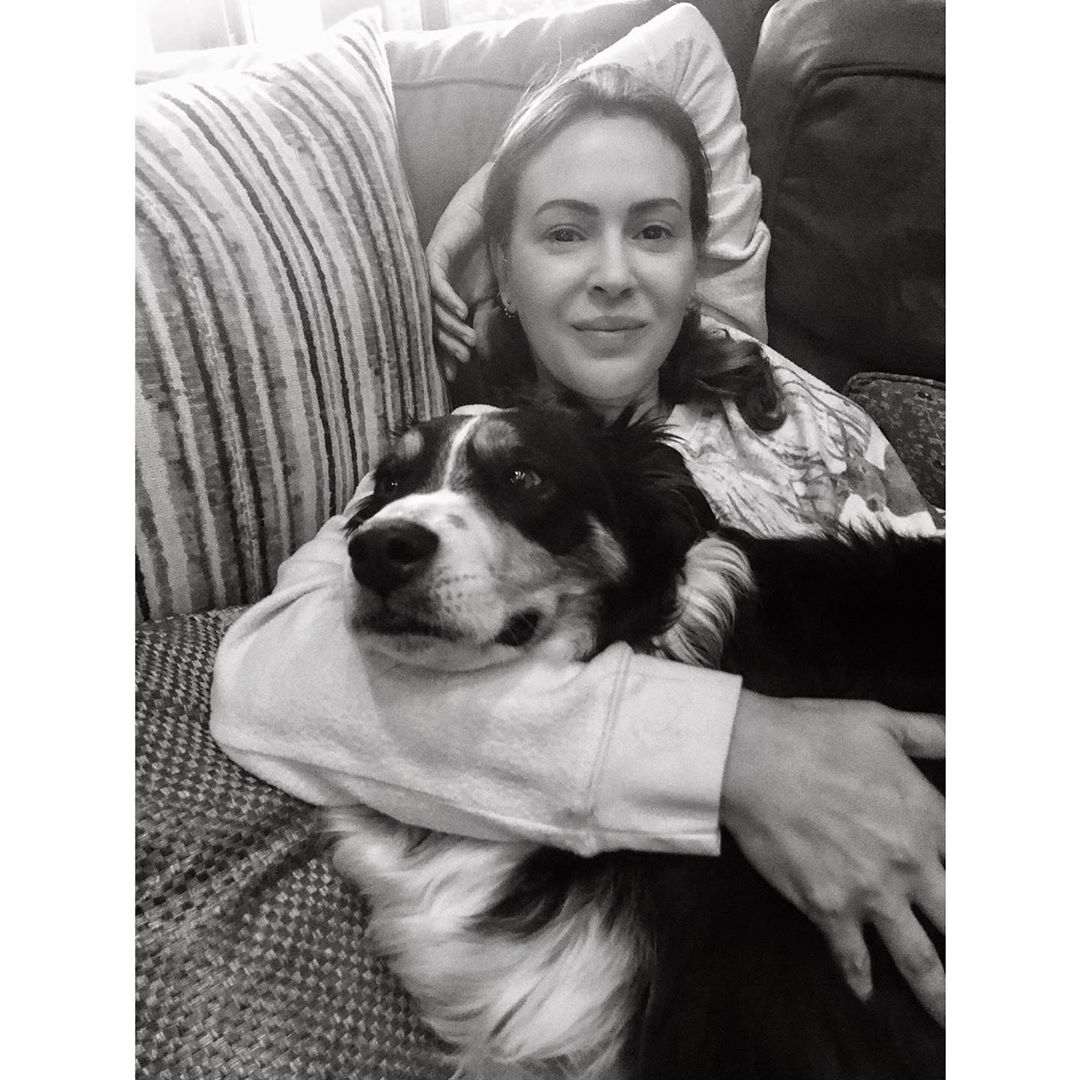 Alyssa Milano recently opened up about a personal decision in her life.

During a recent episode of her podcast Alyssa Milano: Sorry Not Sorry, the actress opened up about her decision to have multiple abortions over two decades ago. The Charmed star’s abortion stories follow on the heels of the passing of stricter abortion laws across the U.S.

Milano joins the growing list of celebrities sharing their thoughts on banning abortion.

“In 1993, I had two abortions. I was in love for the first time, in the breathless way you can only be in love when you are young. It was huge, overwhelming even. It filled every part of living. And it was a joyful and exciting and powerful time in my life.”

During her podcast, she clarified getting pregnant was not her fault. She was on birth control at the time. She took birth control because she knew she wasn’t prepared to be a parent. Still, it happened.

Furthermore, the Insatiable star was taking acne medication at the time. She knew the medication posed a risk for birth defects. This was another factor in choosing an abortion.

“I still got pregnant. It was devastating. I was raised Catholic and was suddenly put in conflict with my faith. A faith I was coming to realize empowered only men to make every single decision about what was allowed and what was not allowed. I had a career and a future and potential. And also, I suffered from sometimes crippling anxiety.”

Milano continued to explain abortion was her choice. Alyssa did not regret her choice. She believed it was the right choice. She acknowledged it was not an easy decision. Nor, was it something she wanted.

The Who’s The Boss? star recognized that sometimes you make health care decisions based on your best interest. Not what you want.

She Refused To Feel Guilty

The Mistresses star continued to explore her intimate relationship with her unnamed boyfriend at the time. She refused to let it stop her or change her.

“I refuse to allow any one else’s bulls**t morality to force me into a life of pre-marital celibacy. I refuse to live in the narrative that sexual pleasure is for men and that women exist to deliver that pleasure. My body gives me pleasure.”

Alyssa Milano also questioned the effectiveness of birth control. While she, like all women, were told the pills were 99 percent effective. She’d taken her birth control as directed. And yet, she’d gotten pregnant. A few months later, she got pregnant again.

Again, she made the difficult decision to end the pregnancy. She still wasn’t ready.

I hope you’ve had an amazing weekend. 💫

Today, Milano is happily married to Dave Bugliari. They share two children together. Elizabeth is four and Milo is seven. She knows her life would be different if she hadn’t aborted all those years ago.

Toward the end of her podcast, Milano clarified giving women the choice of an abortion is about one simple thing. It is about freedom.