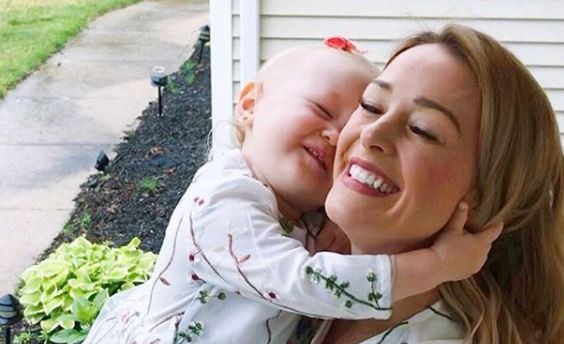 Married at First Sight star Jamie Otis is now admitting to two abortions that her fans didn’t know about at all. This comes as a shock after how serious she has been about trying to conceive again. People shared a story that Jamie wrote about this time in her life back before she ever met Doug Hehner.

Why is Jamie Otis telling her story now?

The article by People started out explaining why she is telling her story. It has to do with all of the new abortion laws. People shared details.

“Over the last few months, Georgia, Ohio, Kentucky, Mississippi, Utah and Arkansas have all passed “heartbeat bills,” which ban abortions once an embryo or fetus heartbeat can be detected. Last week, Alabama legislators passed an even stricter bill effectively banning all abortions at any point in pregnancy.”

First off, Jamie Otis talked about how her mom told her that she almost aborted her. Lucky for Jamie, she is still alive and here. That isn’t the case for two pregnancies she had of her own, though. Jamie’s mom did have trouble taking care of her five children and Jamie actually ended up raising her younger siblings at a very young age.

I’ve been keeping a shameful secret. The only place I had the guts to share about it was in my book, Wifey 101. And boy, did I get backlash. • Its very controversial. Some women who read my book came right here to my page to spew the most hurtful words at me. They’ve called me all sorts of cruel names. I hate to admit it, but I caved to their hatred. I just couldn’t cope with it all, so I kept quiet about my truth. But I just cannot continue to sit in silence while women’s fundamental human rights are being taken away. I am speaking up for HER. • I had an abortion. Twice. Is it something I’m proud of? Heck no! No one *wants* an abortion. It has left the most painful hole in my heart. But do I think women should be stripped of their right to choose? Absolutely not. • I’m speaking up for the little girl who was raped. She’s been through enough pain. She needs to know her voice DOES matter. For the woman who has a medical condition and will die if she carries. This woman should be allowed to decide what’s best for her. And for the young adult who is just like I was…I am speaking up for YOU. • You’re a teenager raising your 3 younger siblings all alone while your mom is off on drug binges. You’re trying to keep food on the table, heat & lights on in the house, AND put yourself through college while working as a waitress. You’re not evil if you want to break the cycle of welfare, drug addiction, & raising fatherless children. You’re not a monster if you want to raise children in a loving, stable, healthy environment. • There *is* a shade of grey. I dont believe in aborting at every stage of pregnancy. What I do believe in is EDUCATION AND PREVENTION.🙏🏻 • We can’t hate on women and stifle their voices and their needs – especially if we haven’t walked in their shoes. Instead, let’s focus on education in order to prevent unwanted pregnancies. Let’s lift victims up in support and let them know they matter & their voice is heard and respected. • Ladies, no matter what our belief is-we’ve got to support one another. Love is the only way we can truly make change in this world…we cannot standby & let men take away our fundamental human rights.💗#womensrights

It turns out that Jamie was only 18-years-old when she got pregnant and this was from the first guy she was ever with in that way. Instead of having a child, she chose abortion. She explained her reason.

“I chose to have an abortion. I wouldn’t have been able to provide this child the kind of life he or she deserved. And I wanted to finish college and provide for my siblings and give us a better life. I didn’t see how that would be possible while also taking care of a baby.”

Jamie had a second abortion

That wasn’t the only abortion that Jamie Otis had. She also talks about an abortion later on when she was in nursing school. As she talks about it now, she is fine with her decision. She says that she wouldn’t be where she was at now had it not happened. Neither man was fit to be a father according to her. When she told her husband, Doug, he called her “brave.”

Jamie Otis went on to explain more about it.

“I know I’m going to get backlash for opening up about my past. Like I said, my abortions still torment me and I hate that I had to have them. However, am I thankful? Of course. I wouldn’t be able to be a good mother to my daughter right now or have been able to be a good parent to my siblings back then. The cycle continues because there’s not enough education about sex and birth control, and not enough support. There’s not enough constructive discussion about abortion. It sucks. It really sucks. But the truth of the matter is it is a necessary option.”

Jamie Otis is sharing something she has kept a secret for years. The thing is now the word is out and she will deal with the backlash and support that she will get for revealing this news.

Are you shocked to hear about Jamie Otis’ abortions? Share your thoughts in the comments. Don’t miss Married at First Sight when a new season airs on Lifetime.

‘Hunter X Hunter’ Season 5 & 6 Head For Netflix: Release Date Confirmed
Does ‘Seinfeld’ Have A Netflix Release Date Yet? When To Expect It
Justin McSwain Says He’s Thankful For A Year Of Life – Interesting Photo
Jinger Duggar Admits She ‘Struggled’ With Her Family’s Religious Beliefs
‘Extreme Sisters’ Brooke Johnston Threatens Fans After Her Husband