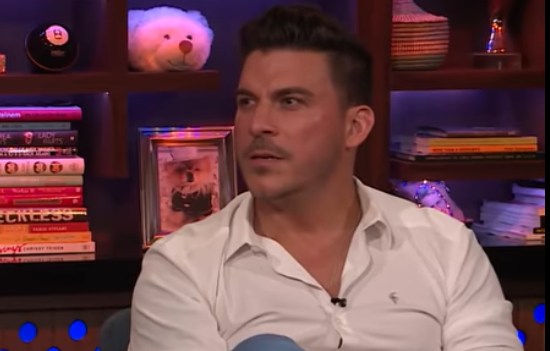 Vanderpump Rules seems to have some conflict these days. First, Stassi, Katie, and Kristen fell out for reasons no one is sure of. Now, Tom Sandoval, Ariana Madix, and Kristen Doute have unfollowed Jax Taylor. All three were part of his wedding just over a month ago according to Reality Tea.

To fans, this signifies a big fight has happened between the co-stars. Unfollowing is the ultimate slap in the face for the modern age. The fact that these three friends unfollowed Jax is significant, but like most things going on in the upcoming season 8 of Vanderpump Rules, fans are in the dark.

Did The Three Really Unfollow Jax Taylor From Vanderpump Rules?

It seems strange the three would unfollow Jax just after wrapping up season eight filming. Tom was the best man and Kristen and Ariana were bridesmaids in Jax Taylor’s wedding. That’s why some fans think perhaps Jax Taylor blocked them. If that’s the case then it would make more sense than the three deciding together to unfollow Jax. Fans also noted James Kennedy and his girlfriend Raquel Leviss also weren’t following Jax. On Bravo Superfans account a post was shared showing each of their Instagram accounts not following Taylor. It was captioned, “looks like there’s going to be drama this season.”

Tom Sandoval,Ariana,Kristen, Raquelle, and James have all unfollowed Jax! Not sure if james and raquelle ever followed him tbh, but Tom and Ariana have unfollowed him and he has unfollowed them as well! Looks like there is gonna be drama next season. #pumprules #vanderpumprules #unfollowgate

While James Kennedy and Raquel have not been on great terms with Jax for a little while, they were present at his fortieth birthday party. Fans think this may have only been because new cast members were joining and the OG’s decided to stick together.

Another reason fans think Jax may have blocked everyone is because Kristen didn’t unfollow co-stars Stassi and Katie. The three Witches of WEHO have been fighting according to multiple sources. If she didn’t unfollow them and did unfollow Jax Taylor he must have done something unforgivable. That’s why it’s more likely he blocked everyone. Now when it comes to reality television, fans get spoilers on who is fighting thanks to social media.

One fan commented, “Doesn’t some part of you think they do this for a reason? I’m sure they all get together and decide to unfollow one of their group members every 6 mo or so just to have people talking about it.” Fans will have to wait and see when the new season airs.