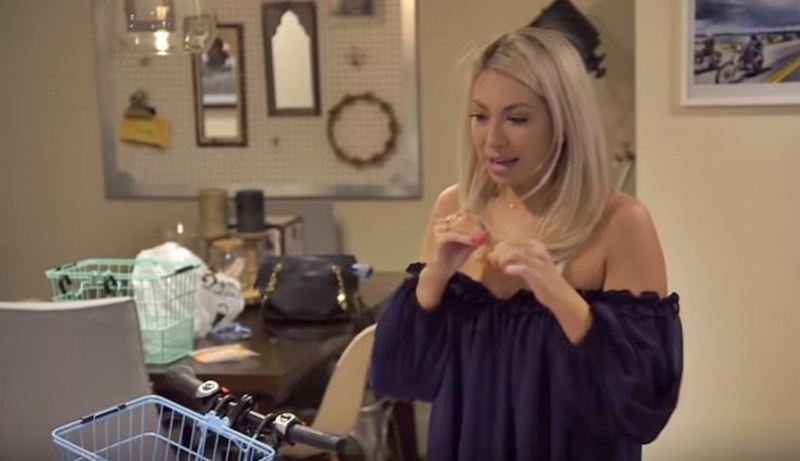 Vanderpump Rules fans heard at the end of July, that Stassi Schroeder finally got engaged. Her new man is Beau Clark, and she’s over the moon after his proposal. TV Shows Ace reported, “There has been a lot of talk that Stassi and Beau would be the next couple to get engaged. Today she went to her Instagram to share the photo…which shows that it finally happened.”  Well, we also know that Stassi can’t wait to have a baby. If you cast your mind back, to Season 6, the Tarot Card reader predicted she would get pregnant in 2019.

Back in Season 6 of the Bravo show, Beau was nowhere in sight. Back then, Stassi had a lot on her mind. The fire at SUR made everyone grumpy. She owed money to her bar tab and finally managed to pay half of it, and she clashed with Katie and Kristen. She was struggling with her feelings for Patrick, and behaved badly at her birthday – thus, the apology to Katie and Kristen.

The one thing about that fire at SUR, it meant clean-up, fix-up operations gave her time to go off and see a Tarot Card reader. EW reminds us that “Her New Orleans roots have taught her that this is the exact sort of situation that calls for a tarot reading, so Katie dutifully tags along as Stassi seeks such mystical counsel and learns that the cards predict her getting pregnant by 2019.” The Vanderpump Rules star admitted her then-current “relationship might not be worth sticking around for.”

Stassi Schroder engaged and dying to have babies

Fans of Vanderpump Rules know that Stassi just wants babies. US Weekly inaccurately suggested a baby would come before a proposal. However, no doubt a baby is on the way for Beau Clark and Stassi. The news outlet wrote, “I think I’m ready to have a baby,” the Vanderpump Rules star, 31, told Us Weekly exclusively on Tuesday, June 25.” She added, ” I always knew that I wanted to be a mom.” In fact, she wants it so much she’s rather it happened before a lavish wedding.

So, it looks like the Tarot Card prediction could come true. Mind you, hopefully, the condition that Stassi talked about in season 6 of Vanderpump Rules doesn’t mess with that. Back then, she said that she has something that makes it hard for her to conceive. Now, the couple got together in 2017, so it’s not impossible she could already be a little way into a pregnancy. We don’t know at all, but just maybe a baby can squeeze in before the year is out? Now that would make the Tarot Cards 100 percent accurate. However, she would have to be at least four months pregnant now for that to happen.

What do you think about the Tarot Card prediction that Stassi Schroeder would get pregnant in 2019? Do you hope for her sake it happens soon or may have already happened? Sound off your thoughts in the comment below.