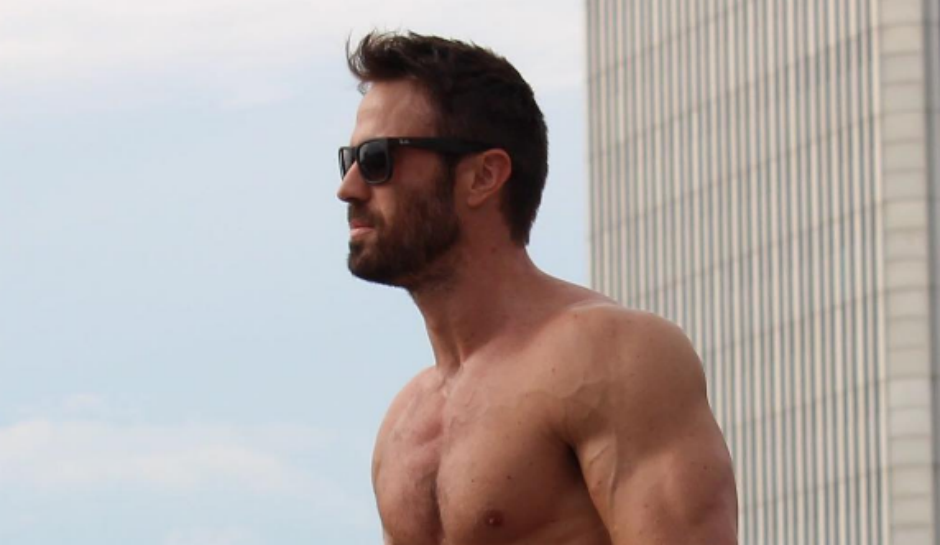 While not starring in this season of Bachelor in Paradise (BIP), Bachelorette alum Chad Johnson is determined to keep making headlines with Twitter rampage. His latest victim to be targeted is Tia Booth who was a contestant on Arie’s season of The Bachelor. Chad is claiming Tia cheating on her boyfriend with former Big Brother houseguest Corey Brooks.

“Tia WhatsHerTits apparently has a boyfriend but according to sources she constantly texts Corey Brooks wanting to sexually demolish him,” Johnson, 32, on Monday, August 19. “Sources say it sucks to be her boyfriend and also that Corey Brooks can’t bench press properly.”

Booth, 28, fired back that same day in a now-deleted tweet. “Why is Chad trying to be relevant?” she asked Twitter followers. “Did someone hack his account? Or is he really that big of a jack**s?”

Johnson “Does your boyfriend know you’ve been trying to hookup with Corey Brooks the entire time you guys have been together? Or nah. Probably nah right.”

The boyfriend in question is businessman Cory Cooper, who went Instagram official with Tia Booth in November 2018. Two months prior, Booth sparked dating rumors with Corey, 30, when they exchanged flirty comments on Instagram. (Damn, Tia must really have a thing for Corey’s! It’s almost impossible to keep this potential triangle straight!)

🗣A MONTH WITHOUT YA MANS IS A MONTH TOO LONG…he hasn’t even seen my short hair yet! Can anyone caption what I was saying to Cory in this moment?🤣 Can’t wait to lay on the couch and watch Dateline tonight, @cory.cooper #musiccitypresets

In February, Booth told Us Weekly exclusively that she’s grateful for her ill-fated romance with Underwood since it led to her relationship with Cooper. “People ask about [Colton] and I can be nothing but supportive for him, because I’m in this relationship I’m in now because of the show and because of the heartbreak,” she said. “So I’m excited.”

Chad clearly has too much time on his hands and lots of vendettas with Bachelor Nation. In addition to Tia Booth, he has also slammed Bachelor Nation stars Caelynn Miller-Keyes, Tyler Cameron, Dean Unglert and Ben Higgins, in addition to his Bachelorette ex, JoJo Fletcher and her fiancé, Jordan Rodgers. Examples of previous tweets include him claiming Caelynn is a “sociopath,” Tyler has “zero personality,” and Dean is “as fake as fake gets. ” But we have to take everything Chad tweets with a grain of salt and not always hold validity to it as he himself tweeted on Sunday, August 18, that “some of these tweets are true and some have been falsified to add dramatic effect.”

Us Weekly has reached out to Booth and Brooks for comment.

Do you believe Chad Johnson? Watch Caitlin, Chad’s “ex”, since she arrived at Paradise last night and especially since she’s now linked to Blake. Chad definitely seems like a jealous ex.