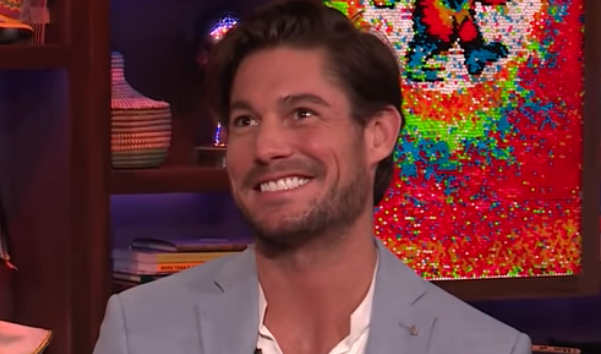 Craig Conover of Southern Charm has a lot going on during the upcoming reunion. Not only is he facing a strained relationship between Shep Rose and Austen Kroll, but his ex-girlfriend Naomi was right there with him.

According to Reality Blurb he said his current situation with Naomie Olindo is, ” back and forth.” He said they were supportive of each other during the reunion and they both apologized for a lot.

Why Did Craig Conover Feel Like Cameran Eubanks Was Holding Back?

Craig Conover said he was disappointed in Cameran Eubanks for holding back at the reunion. He stated, “she claimed she had a lot of opinions going into it and she really didn’t say a lot of them.” He added, “I think the girls like to pretend their lives are perfect… I don’t think that’s fair.

He also admitted to having hooked up with other women on Bravo, but not his castmates. “I have hooked up with other Bravolebrities but that one is still in the vault,” he said. Craig was adamant it was not a housewife. He hinted Bravo fans would find out eventually. He didn’t have a lot to say about who he hooked up within Bravo world, but he did tell what he thought of another Southern Charm castmate.

Craig Conover admits he thinks Ashley Jacobs is nuts. He said, “She says she’s the star of our show and I think she really believes that… I think she lives in a different realm than us… and I don’t think she’s of sound mind.” He went on to say the cast gave her a chance to be sane and she didn’t take it. Conover maintains she’s not healthy mentally. It would seem the cast agrees with him on that case.

Wednesdays are for Cam! Also, for watching a brand new #SouthernCharm tonight at 9:00PM on @BravoTV #whatswrongwithmysewing @sewingdownsouth #lunchstuff

What Personal Secret Did He Choose To Be Honest About?

He felt good getting it off his chest but in the trailer, it gets awkward for his castmates. “Craig, you’re just a crackhead, man,” Austen Kroll says. That seemed a little harsh for someone who just unloaded a truth about himself.

Andy Cohen asks Cameran if she thinks, “he’s addicted to Adderall?” as the cast says nothing. The reunion is going to be full of confessions and drama. Fans can’t wait.