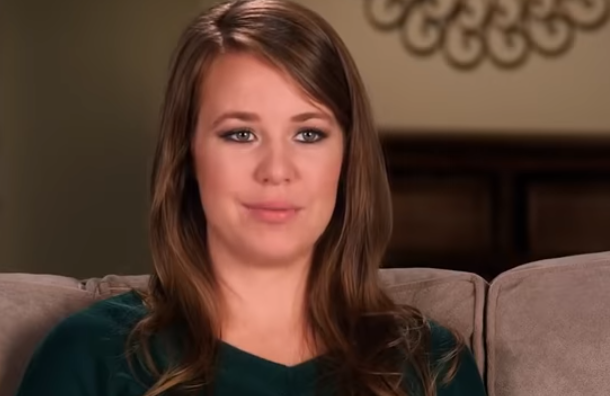 Usually when reality stars are accused of a Photoshop fail, it’s because of editing their own photo. That’s not the case with a recent snap of Jana Duggar at the Tontitown Grape Festival.

What Did Jana Duggar Photoshop In The Snap On Instagram?

The shared pictures are of the Ferris wheel, with two of them featuring Duggar standing in front of it. In the first picture there are two girls standing behind her. The girl’s backs are to the camera and it looks like she added a longer skirt to each of the girls. Fans accused her of allegedly photoshopping more conservative clothing on the bystanders. One of the girls is less obvious than the other because the photo-shopped black skirt blends girl’s shirt. The Duggar’s are known for being conservative, but it’s interesting they’re projecting that onto other people.

One post on the picture just said, “wow … altered this photo to make the girls behind you have modest clothing on.” Another sounded more critical, “don’t think people are blind enough to fall for your joke of a photoshop. If you can’t handle the clothing that other people wear, then stop going out in public. Or at least just crop them out of your picture instead of indirectly shaming and disrespecting them.” Other posts said what she did was unethical. Fans were angry Jana Duggar chose for them when she could have simply taken them out of her picture.

“People are going to wear what they want to,” one poster said, “If you don’t agree with what they have on, okay, but you’re shaming them by photoshopping.”

Stopped by the Tontitown Grape Festival! 🍇 Spent $5 on a game I never had a chance of winning, but memories are priceless! 🤗🎡 #smalltowngirl

Did The Reality Star Respond To The Criticism?

Jana hasn’t said anything about the comments on her post, she’s been busy cheering up her sister, Joy-Anna Duggar after she suffered a miscarriage

Jana Duggar is used to the criticism of fans. She’s constantly chastised for being the oldest Duggar whose still single. She lives in the room with her younger siblings. She’s said about her prince she, “just hasn’t met him yet.” Fans can draw their own conclusion from the picture, but it’s hard to miss the strange skirt in the background.