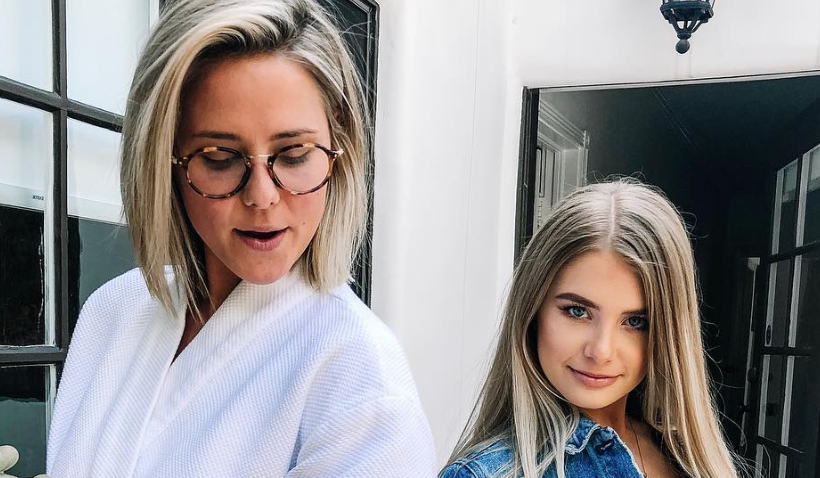 Demi Burnett has been featured a lot this season on Bachelor in Paradise. Her quick wit and ability to make any situation about her has caught the eyes of many viewers and other men in Paradise. However, she won’t be staying with her current interest for long. Demi’s girlfriend, Kristian Haggarty, will be showing up soon.

Kristian Haggarty on Bachelor in Paradise

Remember Catherine Agro? She was the lady with the dog on The Bachelor. She tried to win the heart of Colton Underwood, but ultimately ended up the villain and went home pretty early.

Well, she apparently is the one who introduced Kristian and Demi to each other Life and Style says. At the beginning of Bachelor in Paradise, Demi made it clear she wanted to explore other relationships and wasn’t completely ready to be committed to Kristian. That’s when she started talking to Derek.

However, Kristian will show up to Bachelor in Paradise and will ultimately win Demi over. SPOILER ALERT: the two actually end up as one of the three couples engaged in the end. After all, Demi has gone through with Bachelor nation, it’s so awesome that she will finally get her happy ending on Paradise.

The one thing missing to complete a perfect weekend ❤️

What does this mean for Derek Peth?

According to Heavy, it’s super uncommon for a cast member to show up that isn’t previously from the Bachelor franchise. However, the producers probably thought it important enough to bring in Demi’s real love interest.

This whole thing is so sad for Derek Peth though, who is going to have to learn that Demi isn’t all the way into him. Could this mean he misses out on a rose? He and Demi have spent so much time together and he seems smitten. Although, in recent episodes, he did note that he felt as though Demi has been pretty hot and cold. This would be due to the fact that she’s in love with someone else. He just hasn’t realized it yet.

The most unfortunate thing out of all of this for him though, he hasn’t spent much time getting to know anyone else in Paradise, so there isn’t really anyone else to offer up a rose for him. That means that if he gets sent home, he will miss out on connecting with anyone that was already on the show or anyone that could end up on the show.

Are you excited to see Kristian Haggarty show up on Bachelor in Paradise and win Demi’s heart? Let us know your favorite part of the season so far in the comments below. Be sure to watch new episodes of BIP every Monday and Tuesday night. The summer is moving quickly and the drama is coming in hot!