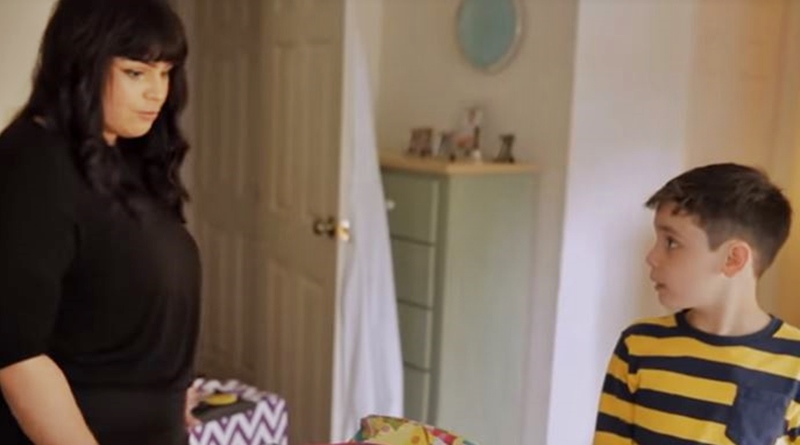 90 Day Fiance: The Other Way fans slowly begin accepting that if there’s a genuine love story on the TLC show, it’s that of Ronald Smith and Tiffany. Despite loads of people concerned about her living in South Africa, and Daniel relocating with her, many people now comment on how they love the couple. Many of them ask where Daniel’s dad is, and she often says he passed away. Now, she shared a story about him on her Instagram.

Heavy pointed out that Tiffany said, “Daniel’s father and I were in a serious relationship and we decided we no longer wanted to be together.” After Daniel arrived, they opted not to marry. We saw all of this play out on the season as Tiffany explained her son’s origin. Since then, on her social media, many fans asked repeatedly where his father is. That’s because we never see him on 90 Day Fiance. In fact, he gets no mentions at all these days. Tiffany explained to them many times that he passed away recently.

However, Tiffany now took to Instagram to share a photo of Daniel’s dad and told fans a bit more about him. She captioned the picture with, “Just a post so that everyone can see Daniels biological father.” Additionally, she noted, “He was a good person with an amazing heart and so many people who loved him, myself included. He gave me the greatest gift, my son.”

Dad Roger not ready to be a dad to Daniel

It turns out that Roger asked about Daniel but never played the role of a father. Tiffany explained, “he never disappeared from our life, he was just never ready to be a dad…he was never prepared [for an unplanned child]and I accepted that.” While you may think Tiffany passed on some resentment to Daniel, that never happened.

According to the 90 Day Fiance star, “I never said one negative thing to Daniel about him, I made sure Daniel knew his biological dad was a good kind person.” Sadly the tragedy of his death came when he did something for others. Judging by what Tiffany previously said, he seemed a nice person. And, putting yourself in danger for others really shows a depth of personality. The incident that took Roger out of Daniel’s life forever went down at work.

Daniel’s dad passed away breaking up a fight

In her Instagram post, Tiffany shared the heartbreaking death of Roger to 90 Day Fiance fans. She wrote, “Roger passed away in October 2018. He [tried] to break up a fight between two people at his workplace.” Tragically, he got shot in the head. Tiffany ends by saying, “He left this earth with honor doing something selfless. We loved him, we love him. He is always with us.”

Just a post so that everyone can see Daniels biological father. He was a good person with an amazing heart and so many people who loved him, myself included. He gave me the greatest gift, my son. Roger was not involved in Daniels life but asked me about him he never disappeared from our life, he was just never ready to be a dad. We never planned to have a child but it happened I was ready to face it as unprepared as I was, he was never prepared and I accepted that. I never said one negative thing to Daniel about him, I made sure Daniel knew his biological dad was a good kind person. Roger passed away in October 2018 he was trying to break up a fight between two people at his workplace and was shot in the head. It is a hard reality to face, but it happened. He left this earth with honor doing something selfless.We loved him, we love him. He is always with us❤️ we love you Roger, we love u butta. @jwi_xo

The story about Daniel’s dad maybe makes fans less critical when they see Daniel embracing Ronald as his dad.  Until recently, he never actually knew the fun a dad and his son often experience. Now, we constantly see Daniel and Ronald goofing around doing dad and son things together.

What do you think about the tragic death of Daniel’s dad? He seemed young, kind and loving towards Tiffany and gave his life for others. Sound off your thoughts in the comments below.

Remember to check back with Tv Shows Ace often for more news about 90 Day fiance: the Other Way.