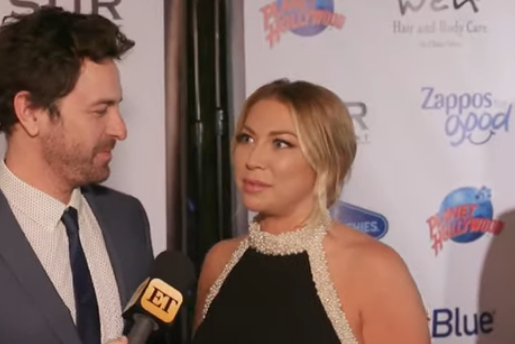 Drama is always present on reality TV shows, but Vanderpump Rules alum, Stassi Schroeder is letting it get to her. This is in light of her rumored falling out with co-star Kristen Doute.

Stassi Schroeder has found an outlet for her thoughts about the show on her podcast Straight Up With Stassi. According to an article on IBTimes she said, “I can’t anymore. I don’t even know how to do a podcast because I’m just dead. I’m literally dead inside.”

Why Is Stassi Schroeder Letting The Drama Get To Her Now?

According to Reality Blurb, Beau, Stassi’s fiance also was there for the podcast and said season seven was so much more fun. While no one has addressed the drama outright, there’s a lot of fans speculating based on the fact they aren’t seeing Kristen, Katie, and Stassi together at the wrap party. Then there was the fact the two didn’t go to an event Kristen had recently.

The queen of Vanderpump Rules, Lisa said, there are a lot of really strong dynamics between cast members and alluded to things changing between them. Production of the show wrapped on Monday night and the cast had a wrap party. According to the Inquisitr Vanderpump said, “one step forward, two steps back. You see them advancing.”

So What Happened Between The Two Witches Of WeHo?

According to US Weekly Stassi Schroeder has said the three of them have good times and bad when it comes to their friendship. Their company together doesn’t seem to be the reason for any arguments. Kristen said they don’t fight about the wine, just regular friendship stuff.

Stassi said on the podcast she’s been enjoying her new co-stars a lot. She said they’re all in their mid-20s and she couldn’t reveal too much. She stated she likes the new people that have been added. Fans of the two reality stars have been urging them to kiss and makeup.

One fan posted on Stassi’s Instagram to make up with Kristen. “Fix your friendship with Kristen. Life is too short and it’s not worth it. I just lost a friend in an accident. I would do anything to have him back” Only time and this season of the show will tell if the friendship can be repaired.