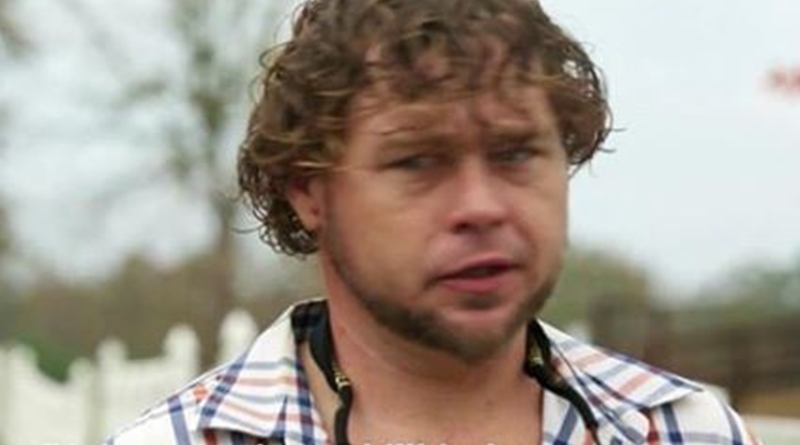 90 Day Fiance: Before the 90 Days screened on August 11, and we saw Angela planning her wedding. She went off to a wedding venue to talk to DJ Doug. Once again, TLC managed to inject a side character more interesting than the main couple. And, he’s hilarious so fans want to see much more of him. It’s not the first time a side character stole the show.  TLC fans recall Ludwing from The Other Way, the ‘adopted brother’ of Laura. Lots of people called for him to be on at least Pillow Talk. Now, DJ Doug captured their interest as well.

90 Day Fiance: Before the 90 Days – DJ Doug, the side character at the wedding venue

In the episode, we saw Angela chatting to Doug who welcomed her to Cotton Patch. Angela’s got her heart set on the place for her and Michael’s wedding. Not waiting for the K1-Visa for her Nigerian fiance, she’s planning now. As she says, “I don’t have a lot of time.” To Doug’s surprise, Angela Deem wanted a combination-style wedding. She wanted “an American wedding,” with an “African…reception.”

Well, it seems DJ Doug can do just about anything. Although taken aback, he told the camera, “Pick your sin and I’ll help you to accommodate it.” But, he also admitted that as far as African themes go, he might be able to manage to “BBQ a goat.” Fans thought that was totally hilarious. But, you have to watch the episode to understand why DJ Doug’s so popular with 90 Day Fiance fans. Probably, it’s a combination of his Deep South accent and his woodsman appearance.

Angela freaks, saying “Oh God, Too much,” when Doug talks about all the fireworks and decorating and TV’s, etc, costing six to eight grand. She simply does not have that kind of money. Doug says to the camera, “She wants caviar and champagne on a malt liqueur budget.” That cracked fans up, a lot. He adds, “You can’t expect a fairytale wedding tomorrow on a hundred dollars.”

After the show, many fans went hunting for DJ Doug, and they found the wedding venue on Facebook. Over on Facebook, a couple of 90 Day Fiance fans started talking and asking if DJ Doug really works there. No-one replied, but others spoke about how funny he was. @Arthur J Pepe wrote, “DJ Doug is a tv star! “ tell me your sin, I will do my best to accommodate” awesome bro!! Thanks for the laughs!” Meanwhile, @Leslie Rubenstein wrote, “DJ Doug is amazing! We were just internet searching after watching that episode. He needs to have his own show 🤣🤣🤣.”

Fans want much more featuring the  90 Day side character

Over on Instagram, fans flocked to several posts by @90dayfiancecraycray. In the various posts, many comments came up from fans hoping for a spin-off. here’s what some of them said about it:

What did you think about DJ Doug from Angela’s chosen wedding venue? Do you this side character just stole the show? Would you like to see more of him? Sound off your thoughts in the comments below.

Remember to check back with TV Shows Ace often for more news about 90 Day Fiance: Before the 90 Days.