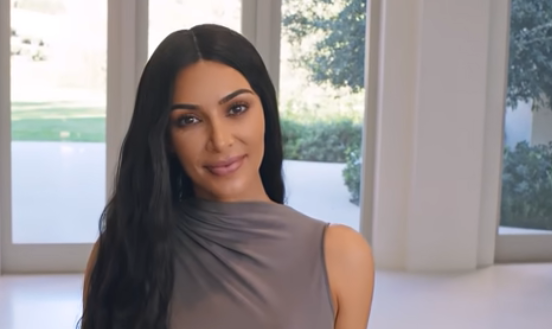 Kim Kardashian West and her husband had a very public spat with Taylor Swift. It’s been three years, but some wounds are still fresh.

Now Taylor Swift has brought it up again. She also has former frenemy Katy Perry in her corner as well. The two fell out after the media pitted them against each other. Taylor said, “the tension is so high that it becomes impossible for you not to think the other person has something against you.”

Radar Online reported Taylor Swift addressed the feud she had with Kim Kardashian and Kanye West in 2016. In the feud, Taylor Swift said Kim Kardashian’s husband didn’t have her permission to use her image in his song. Kim then shared videos of Taylor signing off on it and called her a snake. The rest has been played out over social media for the past three years.

The article said Taylor felt overwhelmed by the, “mass public shaming,” she endured during the fight with Kim and Kanye. Katy Perry and Kim were friends as well posting on social media about each other and hanging out. After Kim’s political thoughts became clear to Katy she allegedly broke ties with the KUWTK star.

In an article on BBC Taylor said, “I don’t think there are that many people who can actually understand what it’s like to have millions of people hate you very loudly.” When fighting with Kim Kardashian many of her fans posted hashtags saying Taylor Swift is canceled. The singer likened it to being told to, “kill herself.” She told Vogue she had to make music about it immediately in order to preserve her mental health.

According to Cosmopolitan, she released Reputation and gave zero interviews for it which wasn’t like her. She said, “I realized I needed to restructure my life because it felt completely out of control.”

Where Does The Makeup Mogul Stand On All This?

Kim Kardashian West hasn’t responded to the interview Taylor gave to Vouge. She’s been busy with her law classes, her political aspirations, and selling her new nineties inspired makeup line. Her Instagram and Twitter posts have all been about that. Fans think Kim is still shading Taylor in more subtle ways.

She posted a picture on Instagram in April of snake jewelry she loved the same day Taylor released her new song Me according to Cosmo. Since Taylor said she made music about the feud and her new album just released, the fighting is probably far from over. Fans are waiting for Kim K to release a snake-themed makeup line.

Is Jessa Duggar Finally Going To Reveal Baby No. 4’s Gender?
Netflix’s ‘Virgin River’ Season 3: Release Date, What To Expect
‘Days Of Our Lives’ Two Week Ahead Spoilers: Xander Goes Too Far With Dr. Synder – Sets Up Another Salem WhoDunnit
‘LPBW’ Did Zach And Tori Roloff Actually Move To The Farm?
Maddie Brown Brush Is Proud Of Her Mom Janelle & Here’s Why