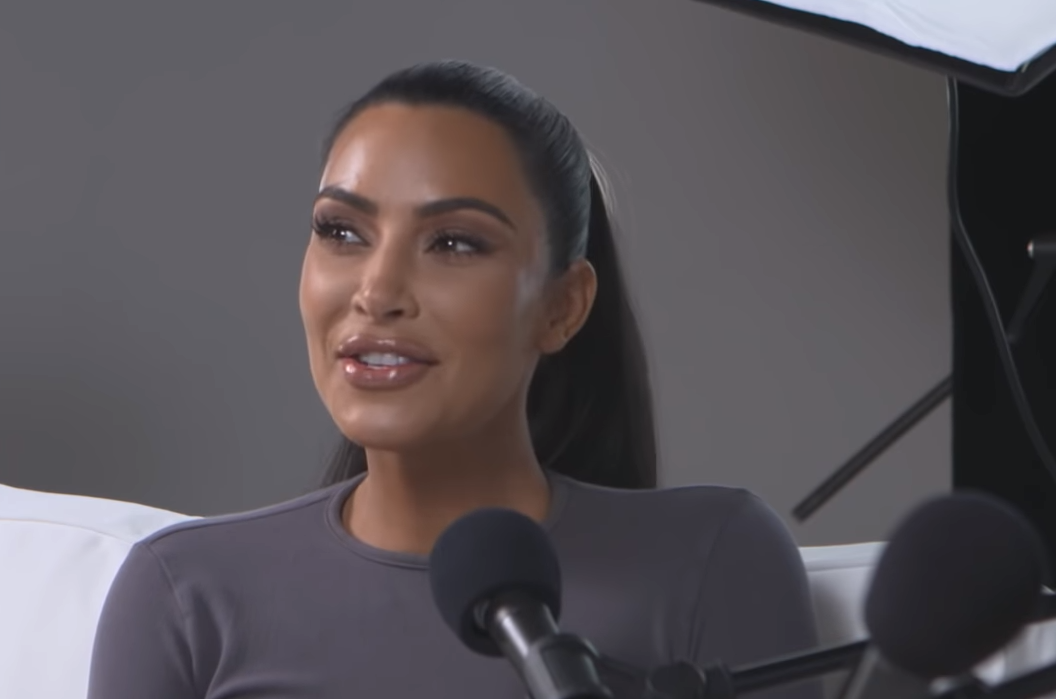 Kim Kardashian West is no stranger to being accused of Photoshopping her pictures. In a new one promoting her KKWBeauty range inspired by 90’s legend, fans are baffled. The Kardashians are no strangers to photoshop rumors. Every time one posts a picture they get accused of cinching in the waist or thinning the thighs.

On set for the Matte Cocoa Collection 8.16 Kkwbeauty.com

When Kim posted the picture on Instagram she captioned it, “I get a lot of my makeup inspiration from the 90’s and love how nostalgic this entire collection is.” Fans noticed right away there was something a little off with the picture.

What Did Kim Kardashian West Do In This Picture To Look So Different?

The picture showing Kim Kardashian West rocking the 90’s line and leather bondage-inspired attire is stunning. The problem is, it doesn’t really look like Kim.

Fans were quick to comment with one saying “Why is this so facetuned beyond recognition?” According to Cosmopolitan, another said, “Is it me or does this not look like Kim?” Kim Kardashian West hasn’t responded to the questions and posted another picture for her new line in a different outfit. She captioned it listing the makeup she has on in the new one where she looks about the same. Another fan said, “Am I the only one that took like ten seconds to recognize sis?”

Furthermore, some of the Twitter responses compared the picture to other singers. According to Capital Xtra some said she looked like Toni Braxton and some said she looked like Aaliyah. There has been some speculation this was on purpose, as those singers were from the 90s. If this was the case Kim’s not saying. According to Page Six a source said Kim Kardashian West has no plans to address the questions. An article on In Touch said the leather was inspired by Gianni and Donatella Versace in the 90’s.

It should be noted that she posted another picture on her Instagram that said on set for the Matte Cocoa Collection and looked much more like herself. She’s wearing the same makeup look just a white mini dress and cross necklace. To fans, this makes it clear that she wanted to show herself only a little photoshopped. It could be the reality star did it on purpose to get people talking about the new line. It worked!

Make sure you don’t miss new episodes of Keeping Up with the Kardashians on Sundays on E!.