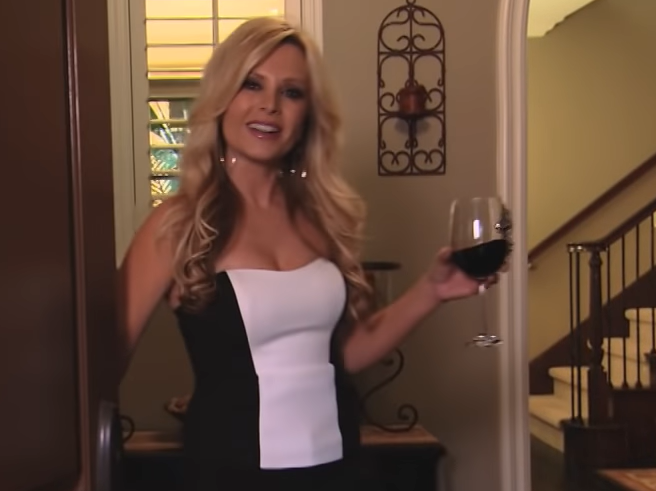 They’re back and drama is already fully happening on Twitter. Real Housewives of Orange County premiered and two of the stars are going after each other on Twitter already.  According to The Cheat Sheet Tamra Judge and Kelly Dodd are already at odds about the things Judge said in the first episode.

Tamra Judge said she moved into a new home inside the gated community, Coto de Caza. When the show started it focused on women who lived inside Coto, “behind the gates.” Judge offered viewers a tour in the first episode. It was the things she said during the tour and throughout the episode about Coto that got her into a Twitter-off with Kelly Dodd. Through the tour, fans learn the house was previously owned by an interior designer. That person did the whole house very, “Cape-Cod-ish.” She also said, “it was exactly the way I’d do it.”

What Did Tamra Judge Say That Kelly Dodd Didn’t Appreciate?

Tamra Judge said, “when you tell people you live in Coto, people are like ‘Oh, you’re rich.” She seemed to take pleasure in that and bosting her and her husband had joined the country club. She showed off the home she got for two million and was very proud of it. There was no holding back.

Kelly Dodd was quick to tweet when the episode aired, “living in Coto you’re rich! lmfao who says that? Coco is in the sticks!” Immediately, Tamra Judge was ready to tweet back to the catty remark. She said, “I pay for my houses. I don’t date old men for money.” Judge was referring to Dodd’s, plastic surgeon, fifty-five-year-old boyfriend who is only twelve years older than her. That’s not a lot in housewife standards.

Dodd didn’t stop saying, “I sold my house for five million, I could pay for your house with cash.” They continued to go back and forth with this argument and talk about how much they made. The fans got into the conversation on Twitter. Some of them mentioned she was bragging about being wealthy. Dodd didn’t miss an opportunity to respond to these fans and said, “hahaha.”  The fact that the season just started and there’s already this much drama means fans are in for a wild ride.

Don’t miss the new episodes of The Real Housewives of Orange County on Bravo. New episodes air on Tuesday nights.