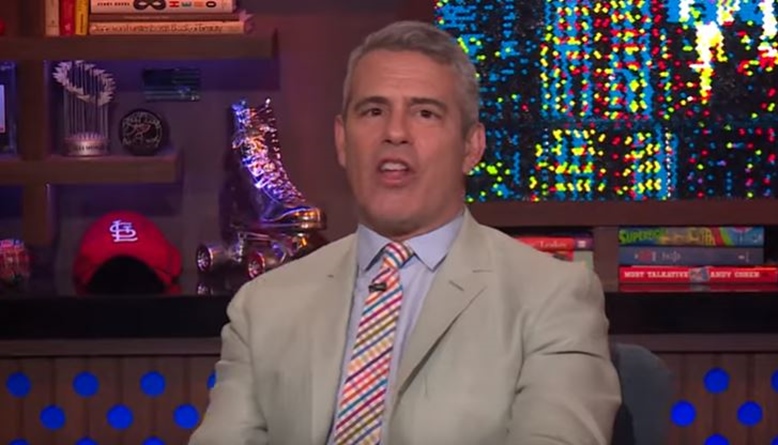 Andy Cohen went to SoulCycle and left, disappointed. He said that they’re “giving our money to the Trump Campaign.” Unhappy, he went away. Later, he came back onto his Instagram Stories. He made it clear he’s not running a boycott campaign. In fact, he spoke about it twice.

Andy Cohen is no Trump lover, reports from the street on SoulCycle, Equinox

Andy videoed a clip from the street outside SoulCycle and let his feelings out. To recap, The Cut and The Washington Post reported on it as well. They said, “Stephen Ross, owner of the Miami Dolphins and chairman of the Related Companies, which includes cult fitness brands SoulCycle and Equinox, is scheduled to throw an extravagant fundraiser for President Trump.” It relates to the  2020 reelection campaign on Friday. The Cut noted further, that many customers threatened to cancel their membership.

When Andy Cohen reported from the street, he said, “So, Equinox and SoulCycle, are giving our money to the Trump campaign.” He added, “It’s going to f**k up traffic…and [Ross] is f**king up his business.” Andy continued, “I was going to do cardio later today…what do I do?” So, it’s unclear he went for his cardio after all. However, many people reacted, apparently. Later he returned to his IG Stories to talk about it again.

Andy explains he’s not calling for a boycott as such

When Andy returned, he said, “I’ve been hearing from a lot of people about this Equinox thing.” Andy added, “It’s everybody’s right to give money to whatever candidate they want. I just want to let my gay and lesbian brothers and sisters…know what’s happening.” He further explained that he still holds his membership. He added, he “will probably be back there doing my cardio today. I don’t know.” He also mentioned, “it’s close, it’s convenient.” Then he mentioned another place he goes to on Seventh Avenue.

As Andy noted about Equinox and SoulCycle, “it’s good to be informed though.” The third time he came back to clarify something. This time, Andy said, “I hate the boycott culture. So, this is more in the vein of the informed culture.” He added, “The informed culture – that’s it.” Then he changed the subject and started talking about the weather. So, it seems that Andy Cohen’s making it very clear he’s not calling for a boycott on Equinox and SoulCycle.

What do you think about the fundraiser for the Trump Campaign by the owner of Equinox and SoulCycle? Will you boycott it, or just stay informed by people like Andy of Bravo?