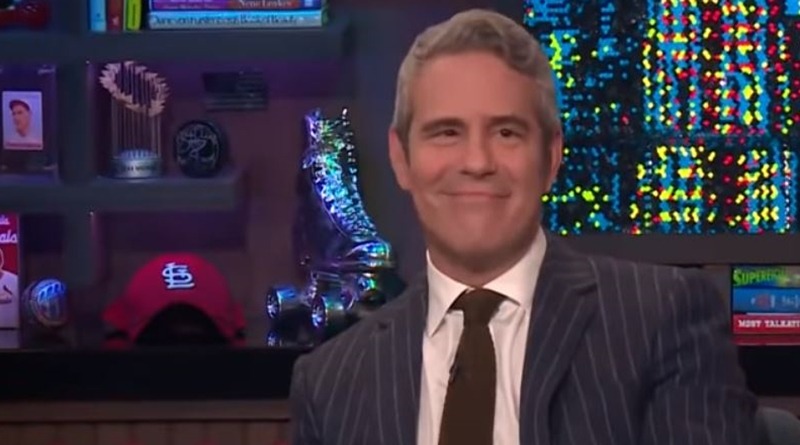 RHOBH fans know that the women in the Bravo show turned on Lisa Vanderpump and made her life beyond miserable over the alleged ‘Puppy Gate’ leaks. It got so bad, that some fans told LVP they could no longer watch the show as it traumatized them. Lisa, announcing she won’t do the reunion, or any further season with the show got some of her scenes cut. Now, the LGBTQ community lashed out at Andy Cohen, noting they cut scenes of her working with the Trevor Project during Pride Month.

What really seems to get up the noses of the LGBTQ community who follow the Real Housewives of Beverly Hills, is that Andy Cohen has a same-gender relationship. In fact, taking it a step further, they also now have a baby boy via surrogate pregnancy. Lot’s of people admired him for this. Plus, he came out years ago while still a student, when it was not generally accepted. Now, the cut scenes from the Trevor Project lose him some of that admiration.

On Twitter, RHOBH followers who love the work Lisa Vanderpump does, grow irate. After all, LVP works a lot with the LGBTQ community. Not everyone got taken in by allegations of her being transphobic after her ‘joke’ during her lie detector test. Many of them know she worked with the Trevor Project during Pride Month and did lots of work for India Pride as well. In fact, she still maintains many followers from those communities.

More than one person had something to say about Andy and this season of RHOBH. One person slammed him for the b*tchfest as being, “a squad leader of #realmeangirls.” In fact, the sheer poisonous depths of the season saw many people comment that they would move along. Some fans perceive Andy as sitting there and just letting it roll out for the rankings. Now, some of them grow angry because they feel it’s understandable LVP stopped filming with the other women.

Critics feel that at least Andy could have pushed to screen LVP’s work for Pride Month. One user, Jack McGann posted, “So Andy…and @BravoTV have the scenes cut of LVP working with the Trevor Project during pride month? Basically not just punishing @LisaVanderpump for not filming with the ladies but also thousands of [LGBTQ] men who this might have helped. Shame on you! #RHOBH #PrideMonth

So Andy a gay man and @BravoTV have the scenes cut of LVP working with the Trevor Project during pride month? Basically not just punishing @LisaVanderpump for not filming with the ladies but also thousands of gay men who this might have helped. Shame on you! #RHOBH #PrideMonth

‘Baby out with the bathwater’ and Andy ‘let it happen’

Other comments include people talking about how Bravo try and “bury” the good work LVP does. Others note “they only want to show her in a bad light.” Meanwhile, @Bubble** posted, “Baby with the bath water as they say. Andy, of all people, let it happen.”

What do you think about the LGBTQ community slamming Andy Cohen for cutting LVP’s Trevor Project scenes for Pride Month? Do you think Andy threw Lisa under the bus, and by doing so, also let down his own community who identify with his gender choices? Shout out your thoughts in the comments below.

Remember to check back with TV Shows Ace often for more new about RHOBH.