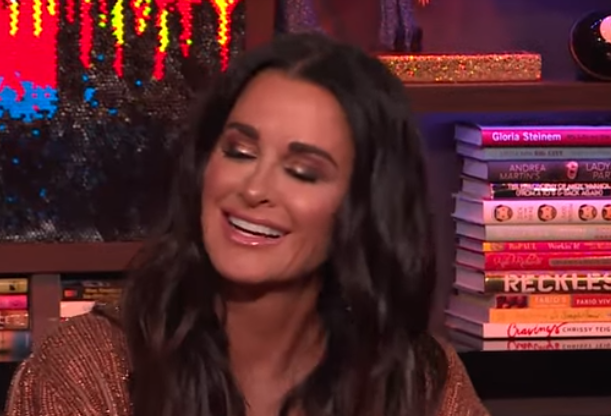 Lisa Vanderpump has some fierce fans and they are fighting for her in the midst of her exit from RHOBH. Lots of friendships were shattered over the incident dubbed Puppygate. A very talked-about situation where a story was leaked to a tabloid. The housewives blamed LVP and she, of course, denied it. When her best friend Kyle didn’t believe her, she ended their friendship. The rest has played out over Twitter and Instagram in a constant back and forth.

Over two-thousand-five-hundred signatures have been gathered according to Hollywood Life to get Kyle Richards and Teddi Mellencamp kicked off the show. The person who created the petition on Change.org said, “Kyle has persistently accused Lisa with no proof whatsoever.” It’s clear Lisa Vanderpump’s fans want her back despite her saying that part of her life is over.

What Lisa Vanderpumps’ Fans Are Saying About Teddi And Kyle

Furthermore, the petition creator said about Teddi Mellencamp, “she should be fired for helping to propel the propaganda. Then she only owned up to it to spin the narrative and look innocent.” Fans are adamant the two are jealous and that’s the reason they pushed to get Lisa Vanderpump in trouble although it isn’t clear what the end goal was. Maybe just to make her look bad and feel like she needed to leave the show?

Teddy had said on Twitter, “I know I wasn’t forthcoming about the exact details of doggygate. I am not proud of my initial instinct to give a not completely honest account.” The petition says the two reality stars sabotaged Lisa Vanderpump. They also called to attention that John Blizzard had admitted to using Lisa’s name. Lisa didn’t know he was when talking with Teddi.

The creator also said, “I went back and re-watched all previous seasons and it is quite clear that Kyle is at the root of most of these rumor issues, blaming them on LVP. She tries to get the other ladies mad at certain people and Teddi helps.”

The goal of the petition stated at the bottom is to show Bravo, this is their show. They don’t want it to turn into a show about bullying and they say it could affect their ratings. At the time of publication, the signatures have risen to 2,800. Five thousand is their goal and they’ve tweeted it to Andy Cohen and Bravo. They stand behind Lisa Vanderpump all the way.