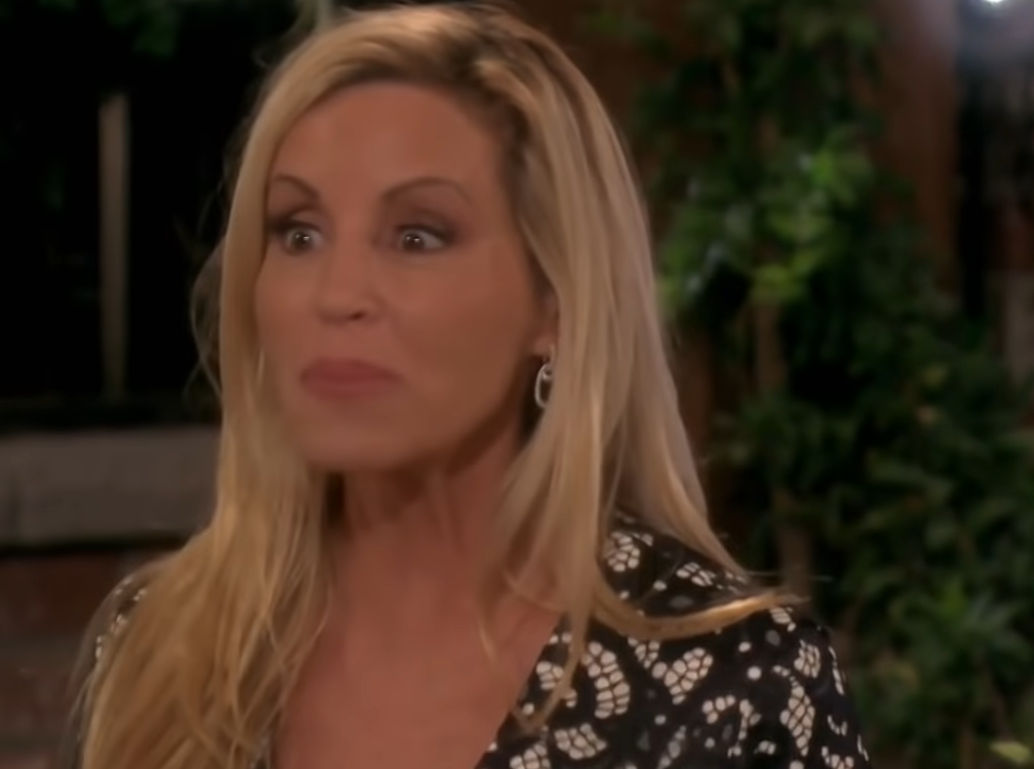 The Real Housewives of Beverly Hills reunion has only been teased so far, and the drama is unfolding. Camille Grammer suffered from anxiety and duress backstage according to an article on Us Weekly. In the trailer there’s a lot of drama unfolding and a lot of it focuses on Camille.  Everyone is yelling at everyone else and Andy Cohen is talking in between. He is seen telling Anderson Cooper that Camille is there and Lisa Vanderpump is not.

What Did Real Housewives of Beverly Hills Star Camille Say In The Reunion That Has Everyone So Angry?

Ever the pot stirrer, Andy Cohen asked whether she believed Denise Richards should have asked Charlie Sheen for half when they split. This comes from an exclusive clip on Us Weekly where Camille replies, “I was married for thirteen years. That’s a long time.”

Denise replied Charlie was almost bankrupt when they divorced.

Camille said, “sorry I didn’t follow you that much. I didn’t just sit back buying fancy clothes and shoving bonbons in my face. I worked hard.”

Clearly, Camille thinks she worked harder than Denise ever did. That’s only one of the things the reunion covers.

Camille clearly came to stand up for herself whether she was right or wrong.

Camille even tweeted in June that she, “showed up in good faith, but she shouldn’t have gone.”

She’s continued to tweet now that the reunion has been teased and it’s mostly about not knowing what Denise Richards is talking about. It seems like this Real Housewives of Beverly Hills drama is only getting started.

In the trailer, for the reunion, you can see Camille and Denise getting into it. At the end of the short tease, Denise asks the other housewives if Camille is, “on something.” You know that won’t go over well.

A source on Hollywood Life says Camille is not hearing from any of her Real Housewives of Beverly Hills co-stars. They think she only came to the reunion to cause drama.

There are two sides to every story and Camille allegedly wants to be a full-time housewife again. It seems like she wouldn’t want to sabotage her chances by pissing all the other housewives off. At the same time, the drama could be a reason they bring her back and she knows how it works.

Furthermore, the cast thinks Camille is only talking to her Real Housewives of Beverly Hills co-star Lisa Vanderpump to create more drama. She hasn’t been nice about her in the past but needs an ally now more than ever.

Make sure you don’t miss The Real Housewives of Beverly Hills reunion on Tuesday nights on Bravo.