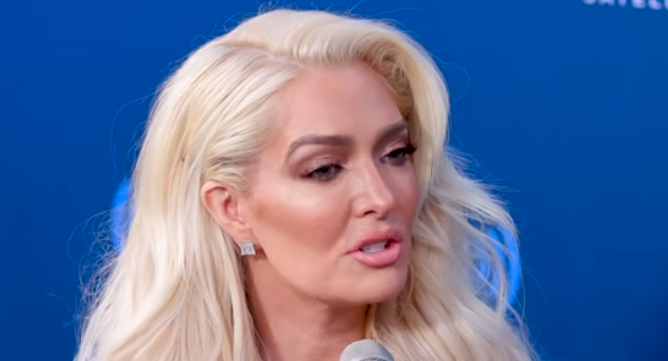 Having a charmed lifestyle can sometimes come with lawsuits for unpaid loans. That’s what RHOBH star Erika Jayne is finding out as she’s dragged into a three million dollar lawsuit.

Erika is associated with the lawsuit because it’s against her husband, Thomas Girardi. Girardi allegedly hasn’t paid back a loan and now Radar Online reports Erika Jayne has been named a defendant.

A company named Stillwell Madison claims Girardi and his law firm didn’t pay back the money they loaned him. The agreement was the loan would be paid back with funds from the firm. Girardi said he would give them updates on his income and make on-time payments every month.

Stillwell claims Erika Jayne’s husband didn’t pay them back with his income. They maintain he took all or some of the money to, “sustain himself and his wife in their lavish lifestyle and maintain their glamorous public image.

Once they’d called him on it they allege Girardi said he would pay them every month a total of five hundred thousand dollars. He said he’d have it paid off by September 2019. According to Stillwell, he has not done that. They feel like he doesn’t intend to pay them back and that’s why they’ve brought about the suit.

The Couple Stands Together In Life And In Court

Stillwell stated, “they would not have provided the loan had they known the loan would support Mr. and Mrs. Girardi’s high-end lifestyle.” The court said he’s paid a past due balance of over three million. Now the lawsuit is for the full amount of the loan plus interest because of his supposed delinquence.

This comes after Thomas is already being ordered to pay back over six million for another unpaid loan after he allegedly breached a contract with them. In response to that case, Erika Jayne’s husband said he, “had not taken a penny from the firm in the past three years.” He stated it was slanderous for them to imply he used the money for his lifestyle.

Erika Jayne has stated of her older husband, Thomas they, “try to spend as much time together as they can and he is the most supportive partner a woman could ask for.” Now it’s her turn to support him because she’s been pulled into his legal matters.

Don’t new episodes of The Real Housewives of Beverly Hills on Bravo.