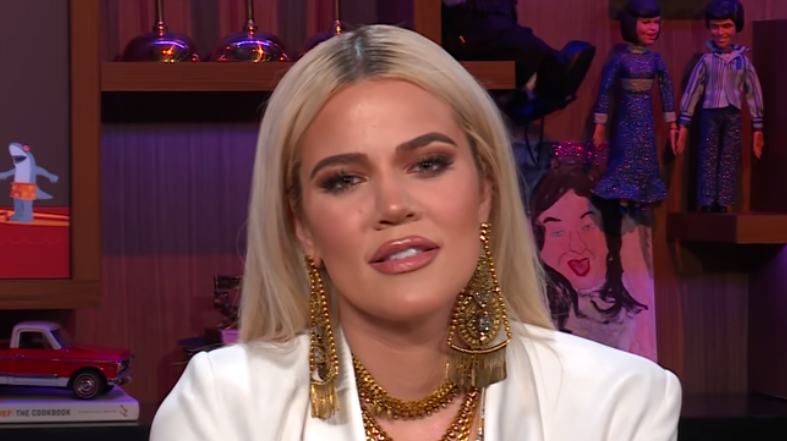 Khloe Kardashian is responding to her ex announcing he has a new girl according to OK Magazine. Lamar Odom went social media public with his girlfriend Sabrina Parr on her Instagram yesterday. It took Lamar a bit to move on, but he seems happy.

Sabrina is a personal trainer and the two can be seen cuddling in the picture. The smitten trainer posted the same picture and both had the same caption. It read, “what we have is much more than they can see.” Sabrina states on her bio she’s a Five Time All-American Track Champion and an ESPN radio broadcaster.

Work day with my BFF. Not a bad day 😜

What Does Khloe Kardashian Think Of Her Exes’ Announcement?

On one of her Instagram stories, Khloe Kardashian captioned it, “can’t flex on me if I’m happy for you.” It seems she supports his new relationship. Since their marriage was full of problems it wouldn’t make sense for Lamar to throw any shade. He wouldn’t be trying to throw a new relationship in her face. Of course, the fans of Kardashian had a lot to say on the post.

Many people commented that Khloe saved his life. They were probably referring to when he became addicted to drugs and she helped him. She stuck by him even after the rumors of infidelity and drugs started to come out. The fans that were there to read the comments others made about Khloe defended her. There were a lot of fans that were happy for him telling him he deserved it.

Another post on his Instagram about his new love instantly got hate. A lot of fans thought he was throwing shade at Khloe Kardashian according to The Cheat Sheet.

Quoting Malcolm X, he wrote, “It’s just like when you’ve got some coffee that’s too black, which means it’s too strong. What do you do? You integrate it with cream. “But if you pour too much cream in it, you won’t even know you ever had coffee.” Fans thought this was racially motivated and a clear dig at Khloe. If he quoted Malcolm X it would stand to reason he may have just been trying to make a powerful point about where he is now.

In response to the angry fans, he said he’s just pro-love and didn’t mean anything against Khloe. He captioned a new photo of Parr, “my post goes out to the new leading woman in my life that I’m gonna tell every day how beautiful she is, from the inside out. Thanks  for teaching me what real self value means.”

Lamar has said he hopes to repair his relationship with the Kardashians. He stated in his book being with Khloe was some of his happiest times. Hopefully, they both can be happy moving forward.