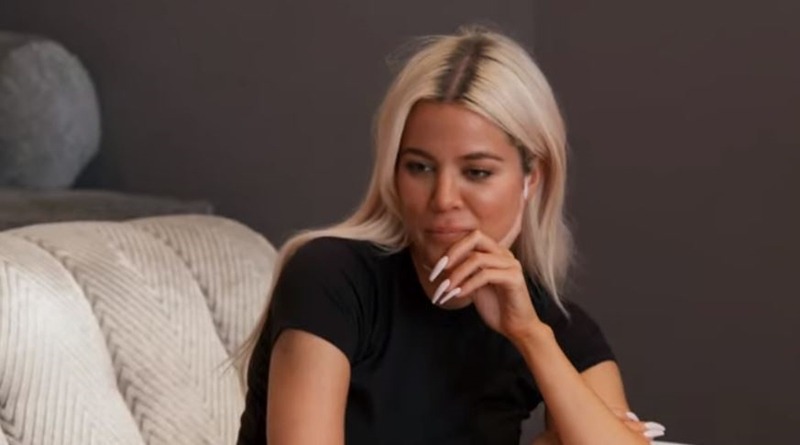 KUWTK star Khloe Kardashian and her family make for hot headlines almost all the time. On occasion, these get fueled by scandal, but seldom do they produce a lot of laughter. Now, South Africans feel that if Khloe Kardashian even hopes to vacation in their country, she might wanna leave her new “KAK” bags at home. Actually, it’s not only hilarious in Africa, but also a fairly vulgar slang term.

IOL reported the background to the bags that have South African “in stitches.” Not only for the initials, “KAK” on them, but also because of the association of the brand name “Poosh.” The news outlet explains that “Kourtney Kardashian…launched her own [travel bag]  brand called “Poosh,” and sent her sisters a set of travel bags with their initials embossed on the sides of the bags.”

Khloe Kardashian’s initials are “KAK,” which stands for Khloé Alexandra Kardashian. Now, the Kardashians have an almost worldwide following and down in South Africa, loads of people keep track of them. So, when Khloe posted up photos of her new travel bags, African KUWTK fans were quick to pick up on it. The funniest part for them came from the fact that the Kardashians always wear expensive clothes and fashion. And, you can bet their travel bags are of the highest quality. “KAK” is hardly something that best fits quality.”

The word “KAK” in South Africa is an impolite expression for “pooh.” In fact, many little toddlers will tell mommy they need to go “kaka” if they need to do a “number 2.” In other words, it’s equivalent to saying “sh*t.” The word’s used in a multitude of way to express disgust or even anger. If you get a fright, you might say you nearly “kakked” yourself. Or, you could say to a liar, “don’t talk “kak!” It’s definitely not a compliment. You may even say a bad hairstyle or poor clothing choices are “kak.” Typical comments involve, “with too much makeup on she looks like kak,” or “call the manager, this meal is kak.”

So, that explains why one KUWTK fan replied to Khloe Kardashian’s post on Instagram by writing, “stop this kak & get yourself a KIFF bag.” “KIF” means something altogether different to “KAK” in South Africa. “KIF” is short for “nice, “great,” “wonderful,” “wicked – in a nice way.” So that commenter from Africa actually told Khloe Kardashian to “stop with the sh*t and get a nice set of travel bags.” Actually, the account is named for the Kiffness music band.

As you can imagine, given the association of “kak” to “pooh,” the brand name of “Poosh” really is unfortunate. South African love their humor so already they drop the “s” off of “Poosh.” In fact, people snicker in pubs and restaurants about owning a KAK Pooh bag. For them, it’s rather more equated to those bags you use when you take your dog for a walk armed with a poop scoop.

Well, it’s doubtful any of the Kardashians really care about far-off Southern African slang or humor. Nevertheless, seriously, Khloe Kardashian should maybe leave the new Poosh Travel bags with the KAK label at home. Not unless she wants to start her off her vacation in South Africa with airport staff howling with laughter. What do you think about it all? Sound off your thoughts in the comments below.

Remember to check back with TV Shows Ace often for more news about KUWTK.