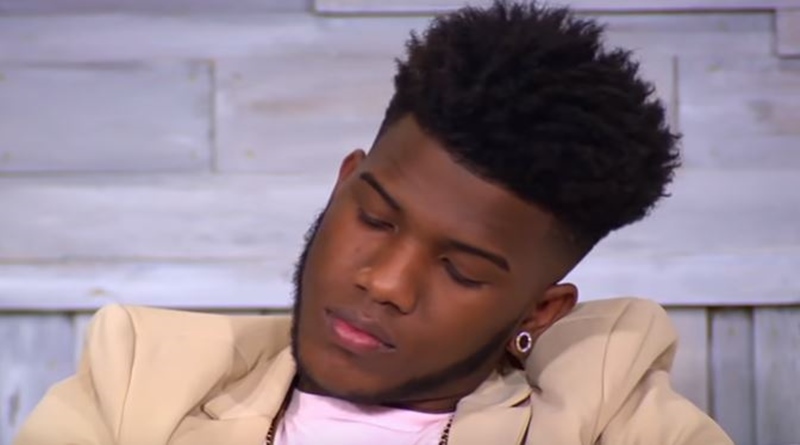 90 Day Fiance fans heard that Jay Smith got released from jail on bail. Happy for him, many of his fans sent their congrats and best wishes. Among the many words of advice, some of them cautioned him to just stay away from Ashley Martson. Others suggested he just stops talking about her, and to not get engaged in that sort of thing, especially on social media. Now, Jay made a statement on his Instagram post-jail, and he not very subtly shaded Ashley.

On Jay’s Instagram, his statement about his release drew many fans in favor, and they still keep the advice going. For many others, he’s not a victim, and they feel Ashley’s been wronged. The huge split in fans over this couple continues to keep them both in the spotlight. However, fans feel that Jay really should just stay out of that for a while. However, it seems Jay’s not going to take too much advice from people who try and watch his back, even if from afar.

His statement started off in the right tone, and he thanked those 90 Day Fiance followers who supported him. Jay said, “This past month has been very eye opening for me.” He added, “I’ve lost and I’ve gained but most of all I’ve learnt [a lot].” Well, haters criticized his English, even to the point where one said: “learnt is not a word.”Actually, it is a word and is the past participle of ‘learn’ in most English speaking countries outside of the USA and Canada, who prefer “learned.”  That aside, as it was minor compared to some criticism. Jay continued through to the part where he shaded Ashley.

The 90 Day Fiance alum continued, writing, “This situation made me realize all who are with me and all who are against me.” He added that he intends to make the “most of a second chance.” He said that he wanted to start with “expressing [his] deep appreciation” to friends, family, and co-workers. he also thanked his lawyer and the “people that prayed for [him].”

Continuing, Jay assured his followers that he was very “grateful for donations” to the Gofundme. He noted that without the help of all those people, he would not be” a free man today.” Up until that point, Jay kept it on the right track. But does Jay have a problem with staying on the rails? He said next, “One last thanks to the people who walked in my life and made it better.” Then comes the stinger, “And thanks to the ones who walked out and made it amazing.”

Of course, the fans noted that dig at the end straight away. Some people thought it was very funny, but others thought it unnecessary. After all, he got into trouble on social media in the first place, with Ashley. Others felt he should have ended it with just being grateful. Almost everyone got that he was talking about Ashley. Of course, that started a raging debate on who s right and who was wrong. However, at the end of the day, we may never find out the whole truth from either party in this unhappy story.

Hopefully, Jay manages to stay out of trouble, an gives up trying to bait his wife. So far, he’s been the loser all the way.

What did you think of Jay Smith’s post-jail statement? Do you think he was unwise to drop that not-so-subtle shade on Ashley Martson at the end? Sound off your thoughts in the comments below.