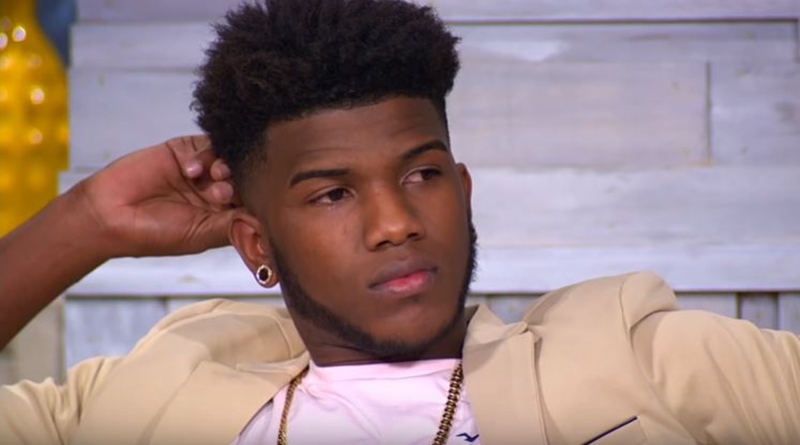 90 Day Fiance fans can stop worrying about whether Jay Smith got deported already. He’s out of jail and on bail, and it’s been captured on video. Jay’s rumored new girlfriend Kay shared the news on her Instagram, and John Yates also picked it up to put out across his social media. Apparently, Kayla O’Brien is the person who started the Gofundme for lawyers fees for Jay.

TV Shows Ace reported earlier this week on Jay’s whereabouts. We wrote that Jay’s Sister Raine wrote, “I’ve been asked the same question over and over.” She added, “I’ll address it here so everyone can see.” Raine then wrote, “Jay is still locked up. He is not out of jail or deported. Still patiently waiting for his bail hearing date.” She explained further, saying “both bail bond and PFA trial was on the same day. One had to take place in York and the other in Cumberland. Both places are an hour away. Jay couldn’t reach the bail hearing on time. When it started, Jay’s PFA hearing was still in progression.”

So, we assumed then, that soon we would check back and find out if he got deported or released from jail. Back then, Raine said the 90 Day Fiance alum was in York County jail. Well, in the video that Kay posted up, we see him come out of the building. She runs over to him and gives him a huge hug, He picks her up, and for now, it seems like a happy ending. What’s next for Jay? Well, we need to wait to find out until more information comes. Right now, they probably just celebrate his release.

On John Yates’ Twitter, fans reacted, as they did on Kay’s page as well. As Kay looks remarkably similar to Ashley Martson, fans decided Jay has a particular liking for a certain woman. But, at least she looks closer to his age than Ashley. Over on Kay’s post, other fans noted that Ashley probably wouldn’t be too happy. Fan @nail_candy_ca posted, “Ashley’s in some corner rocking back and forth.” Meanwhile, another fan cautioned jay, writing, “Ashley going to get you..lol Jay stay out of trouble, That w*tch is still coming for you. WATCH OUT KEEP YOUR EYES OPEN. DONT [LET] HER SET YOU UP.”

Raine Smith, Jay’s sister also posted about the 90 Day Fiance star getting out of jail. She wrote, “Can’t wait to see uncle jay😭🥰🙌🏼🙌🏼 @jay_smith_ja told you to be strong bro, God is always in control and the wicked NEVER WIN!!!!” On that post, fans also cautioned Jay to stay away from Ashley Martson completely. In fact, they warned Jay that fans might encourage him to go head to head but to just ignore that kind of motivation.

What do you think about Jay Smith getting out of jail on bail? Are you happy for him and Raine, and his new girl Kay? Do you think he’d best stay well away from Ashley Martson from now on? Sound off your thoughts in the comments below.