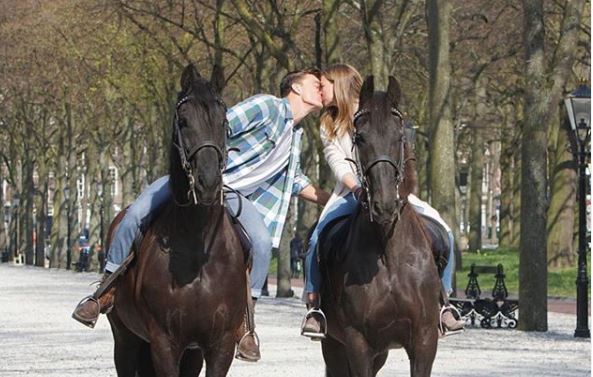 The Bachelorette 2019 came to an end last night. Hannah B ended things with Jed Wyatt. After that, she asked Tyler C on a date and he told her he would be glad to have a drink with her. Fans are really hoping for them to get back together.

Last night on the finale of The Bachelorette Hannah and Jed decided they were over. Some fans were expecting an Arie and Lauren situation where she would already be back together with Tyler. That wasn’t’ the case at all. Hannah said that she hadn’t even seen Tyler since they broke things off. She then asked him on a date, which he said “yes” to.

The fact that Tyler said he is looking forward to that drink sounds like they were not together last night. Hannah did have to go and film Jimmy Kimmel Live! and Good Morning America. The way that he worded it all makes fans wonder if he wants more than a friendship with her.

People shares statements from both

People shared statements from both Tyler and Hannah from The Bachelorette. Here is what they had to say.

Tyler Cameron: “I cherish Hannah and value her and our friendship so much, but I don’t think it’s healthy for us to jump into anything right away. I think we need to be friends and see where life takes us. Whatever happens, happens.”

Hannah Brown: “Tyler will always have a place in my heart no matter what our relationship looks like. The feelings I developed for him were real and they don’t shut off instantly. And it’s hard to say [yet] what the future holds with him, or anyone else.”

Tyler was also on Nick Viall’s podcast where they talked a bit about things with Hannah B after The Bachelorette. He said that he was surprised by Hannah asking him out, but that it was also “inevitable.” He mentioned friendship once again saying, ” I think we have a great relationship, you know, and friendship and that’s something that doesn’t need to be cut off because that didn’t work out. I think that’s immature.”

There is always still a chance that The Bachelor would ask Tyler C to take the job on. If they do that, then he will really have to decide what he wants. For now, fans are just going to have to hope that this couple gives updates.

Do you think that Tyler C and Hannah B will end up together? Share your thoughts in the comments below. Don’t miss new episodes of Bachelor in Paradise every Monday and Tuesday on ABC.