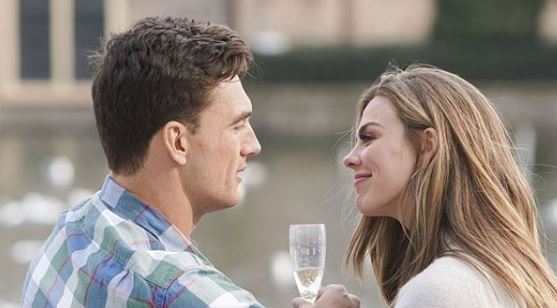 Tonight on The Bachelorette 2019 the fans saw Hannah B called it quits with Jed Wyatt. These were the spoilers that had been out for a while now. Then she sat down with Tyler C and things went exactly how the entire world wanted it to go. It looks like Hannah might still get her happy ending.

The Bachelorette: Hannah and Tyler to give it a try

Hannah and Tyler sat down to talk to each other. The two both only had amazing things to say. Tyler has supported her on social media during the entire season. Hannah finally got up the nerve to ask Tyler out on a date. She told him she wanted to have drinks in the normal world. Tyler said he was up for it.

It does look like Tyler and Hannah are going to be spending some time together. Now that the show is over, they can do whatever they want. This couple can be seen out in public. They can date like a normal couple and just see if their relationship can work.

Can Hannah B and Tyler C make it work?

Hannah B and Tyler C will be trying, but only time will tell if they can make it work. They seem like a great match. Of course, they are both in the same area right now. That will make things a bit easier, but then it will be all about if the spark is still there or not.

ABC won’t be setting up dates for them like they normally do couples when the season is over. They will be on their own, not engaged, trying to see if they can last. The Bachelor for next season hasn’t been cast yet. A lot of people thought that Tyler C might be the one cast, but if he is dating Hannah that won’t happen.

Do you think that Tyler C and Hannah B will end up together after The Bachelorette? Share your thoughts in the comments. Don’t miss Bachelor in Paradise when it starts airing next Monday and Tuesday on ABC.  There will be new episodes twice a week every week.