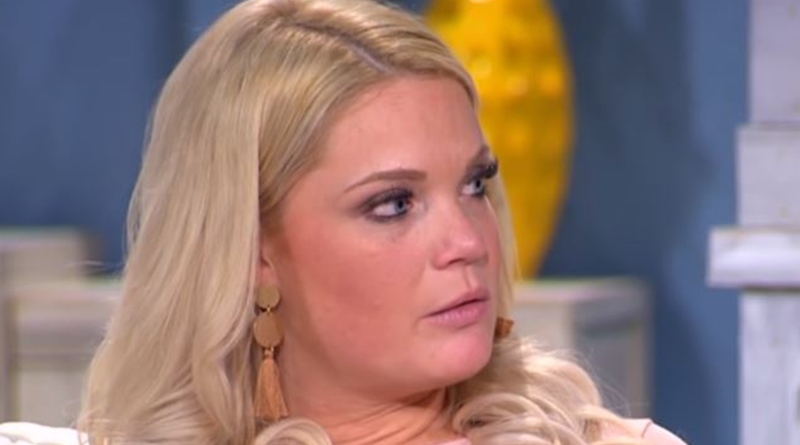 90 Day Fiance fans heard from Ashley Martson during Season 6 of the show that she and Jay quit because TLC made them fake their storyline. With Ashley finally going for a divorce, and Jay in jail, she’s thinking about her next career step. Well, it seems instead of quitting and never touching TLC again, she’s reconsidering and would work with the franchise again.

Back in early June, TV Shows Ace reported that Ashley mentioned she would consider doing more television work. Back then we noted, “During a Q&A session. a 90 Day Fiance fan asked her if she’d “do any other reality TV shows in the future?” Ashley replied, saying, “Depends what type of reality show.” Then she added, “If it was Billionaire Matchmaker I would.” In the same article, we noted what Ashley said about working for the TLC franchise.

Another fan asked her if she’d work for TLC and the 90 Day Fiance spinoffs. To that, Ashley replied, “Those days are long over.” So, it looked like she really was out the door as far as TLC goes. In fact, she thanked TLC at the end of Happily Ever After? season for her show opportunities. In that post, she also toyed around a bit before confirming that the end of the show did not mean she would never be on television again.

As the show is approaching the final episode, I wanted to take time to say I appreciate all the support and love from the fans. I was given an opportunity that many wish for and I am grateful for that. I was given the chance to let the world take a sneak peak into my life and even though it didn’t end how any one wanted or anticipated, it’s not something I regret or would take back! I’m sure next season won’t disappoint and you will get the opportunity to meet new couples and follow their Journey! It’s time to step away from the show and focus on whats most important. I have been given so many amazing opportunities from this show and I will be forever thankful to @tlc and Sharp Productions. The amount of support I have received majorly outweighs the hate and I appreciate every message that you so kindly took time out of your day to write me. I have felt the true meaning of love and heartbreak and many other lessons while filming this show. I realized that there is a lot I need to work on with myself. I know through all this I have learned some valuable lessons and that I am stronger then I thought I could ever be. I love you guys and I am so thankful I was able to experience this with all of you! #90dayfiance #happilyeverafter #90dayfiancehappilyeverafter #tlc #realitytv #theshowsoverfolks #grateful

For fans of 90 Day Fiance who hated Ashley, they are only too happy to see the back of her. However, she might bounce right back, if given the opportunity. Ashley spoke to the Domenick Nati Show which published her interview on YouTube. During her chatter which covered her divorce status and the incident involving the fire-extinguisher, she spoke about her career on television.

The 90 Day Fiance star said that she would consider another TLC show, like What Now? As fans know, that’s a different sort of show where old news goes, and then the couples get raked up to check out what’s going on with them. Plus, she wouldn’t mind being on Pillow Talk. It’s popular with fans, as the old cast members comment on the current seasons. Some of that is very funny. Presumably, though, if that happened Ashley would not appear with Jay.

Outside of TLC, Ashley mentioned that she’s thinking about a few things. One of those would possibly be a dating show. When asked if she would have her “own show like you dating and finding Ashley love?” She replied, “It’s a possibility.” Mind you, she did stress she won’t go on 90 Day Fiance to try for love in the future. She said finding love on the show is “definitely” not going to happen.

What do you think about possibly seeing Ashley Martson work with TLC again in the 90 Day franchise? Would you like to see her on Pillow Talk, or What Now? Sound off your thoughts in the comments below.