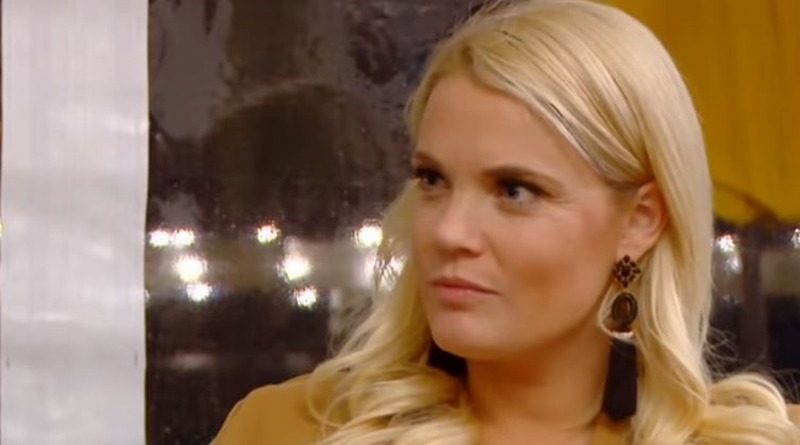 90 Day Fiance fans watched through several months of Ashley Martson’s relationship with Jay Smith. First, the couple appeared on 90 Day Fiance‘s Season 6, and then on TLC’s Happily Ever After? spinoff. Along the way, after they faked a split, Ashley adamantly stated she’s done for good with reality TV. Actually, she blamed TLC for manipulating her followers. Well, it seems Ashley may not be done with reality TV after all and might consider another show in the future. Possibly something like Million Dollar Matchmaker comes to mind.

Ashley Martson took to her Instagram Stories over the weekend to do a Q&A. In it, she once again denied she and Jay are still together and mentioned the divorce. She noted that 90 Day Fiance fans should not expect that to happen soon, alluding to the fact the Jay won’t sign the papers.

She also talked about filming for TLC and the 90 Day Fiance spinoffs. In answer to a question, she said those days are long over. Added to that, she mentioned she’s aware that people grow irritated when she shares promo’s but that’s how she earns a living these days. It looks like she’s not working anywhere else as the moment as Ashley mentioned it. She said that she’s able to “stay at home with the kids over summer.” Then she mentioned she waits “to return to work.”

Could Million Dollar Matchmaker be the type of show Ashley ends up in?

During her Q&A session. a 90 Day Fiance fan asked her if she’d “do any other reality TV shows in the future?” Ashley replied, saying, “Depends what type of reality show.” Then she added, “If it was Billionaire Matchmaker I would.” Okay, well it looks like Ashley’s over dating immature boys from Jamaica and would rather set her sights on someone with real money. Actually why not? Ashley posts often about getting another man amidst her second, third, – who knows how many times- splits from Jay.

Whether you like her or not, she managed a transition from hometown-looking girl to party animal in flash outfits who looks comfortable on red carpets. Somehow, Ashley going back to her old life seems impossible to imagine. However, finding a current billionaire or millionaire matchmaking reality show may be a little difficult. Few, if any of them, are airing at the moment.  Fox TV’s Who Wants to Marry a Multi-Millionaire? ended after one season in 2000. The Millionaire Matchmaker by Bravo ended in 2015. In 2016, renowned matchmaker Patti Stanger took her Millionaires Club show to WEtv with  Million Dollar Matchmaker which ended in 2017.

What do you think about Ashley Martson considering a future in reality TV? Do you blame her for hoping for something in a show like Million Dollar Matchmaker? Sound off your thoughts in the comments below.

Remember to check back with TV Shows Ace often for news about 90 Day Fiance.