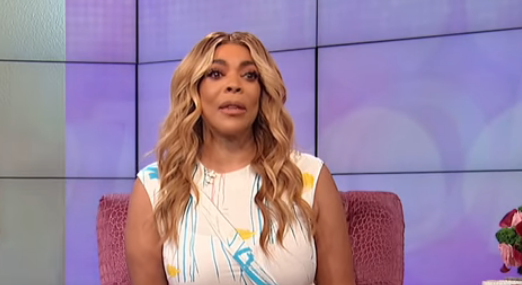 Radar Online has reported Andy Cohen really wants Wendy Williams to join the show even if it’s just for one season. A source told Rob Shuter who hosts the podcast Straight Shooter that Andy will do “whatever it takes to get her to sign up.”

How you doin’, San Fran/Oakland? Join me Saturday night at the Paramount Theatre in Oakland at 8pm for the start of my “Wendy Williams & Friends: For the Record…umm hmmm!” Tour! . . . 💇🏽‍♀️ @robynmichelebeauty 👗 @willie_thethird 💄/📸 @merrellhollis

What Could Wendy Williams Bring To The Cast Of RHONY?

The podcast host said Cohen really wants to bring in a big star to shake up New York. He thinks Wendy Williams would be the perfect addition. Andy knows she would bring a breath of fresh air to the show.

There has been a lot going on in Williams life over the past year. She recently divorced from her husband Kevin Hunter after being together for more than twenty years. A fresh single divorcee is always welcome on RHONY.

The Real Housewives of Beverly Hills has benefited from bringing a celebrity on. It’s what the producers of RHONY think is needed to take the show to the next level. Page Six reported when asked how she was doing after her divorce Wendy Williams said, “I’m not sure.”

She’s moving to New York City after living in New Jersey for years. For the past few months, she’s been living at a sober house in Queens. Her divorce came after her husband’s alleged mistress gave birth to his baby.

What Would She Get From Joining The Cast Of RHONY?

For one thing, the source says, “they’ve gone long enough without having a black woman as a lead character.” Wendy Williams could reinvent herself after a troubling year and being on a reality show can be a form of therapy. She does love to talk about the housewives.

According to the article, Wendy hasn’t responded to this news as of yet. The fact that could bring her in is she would be the highest-paid housewife of the entire franchise. That coupled with a personal invite from Andy should make it hard to resist. A source reported to Page Six, “Wendy Williams wouldn’t join RHONY because it’s beneath her.” Money is a big motivator and so is a chance to show who you really are. It will be interesting to see if Andy Cohen can convince her.

Don’t miss the new episodes of The Real Housewives of New York City on Bravo.

Katie Thurston Reveals Thoughts Behind First Impression Rose
‘Outer Banks’ Season 2: When Is It Coming To Netflix?
‘Teen Mom 2’: Chelsea Houska Has A New Look And Fans Are Not Happy
‘MasterChef: Legends’: Who Is Curtis Stone?
’LPBW’ Fans Swoon Over Tori & Lilah Roloff In Field Of Wildflowers