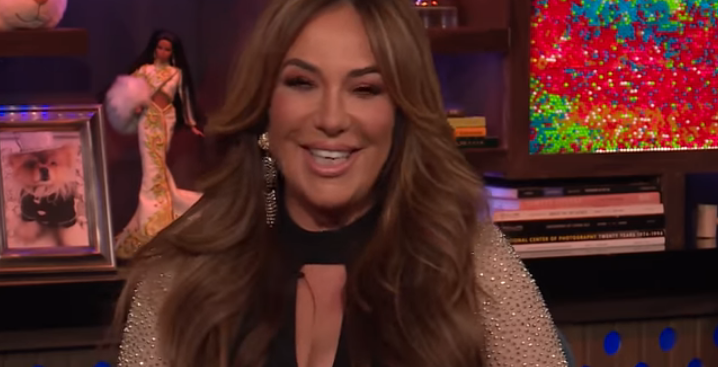 Even housewives have money troubles as RHONY star Barbara Kavovit has found out. She’s been in a struggle to save her house from foreclosure.

She attempted to have the lawsuit dismissed and a judge denied it. There was a hearing on the twenty-fourth of July and she attempted to argue the wrong defendants had been sued.

Why Has Barbara Kavovit Been Threatened With Foreclosure On Her House?

The bank, Deutsche Bank National, has sued Barbara Kavovit for not making the payments on her home. Her father, Joseph Kavovit, took a loan out in 2006 for two point four million to buy the home. It’s located in Wainscott, NY and is worth around seven million.

The bank alleged Barbara didn’t pay the payment in April and had become solely responsible after the death of her father. Towards the beginning of July Radar Online reported the bank wanted to foreclose but then changed the plan.

Instead, they sued her for the full balance with interest. That’s why she asked for the judge to throw it out because of the lawsuit. She said the bank didn’t inform her they were changing the plan. The case is ongoing with Barbara Kavovit saying since she filed for bankruptcy, the deed should have transferred to her father only. In order for them to get their money, the bank should have sued her father’s estate.

Now the house is rented out at seventy-five thousand a month because Barbara needs to bring in some income. The house is five bedrooms and bathrooms.  The Blast reported the mansion is sixty-five thousand square feet.  The Real Deal reported it also has a master suite with a private deck and a heated pool. Because of this, Barbara Kavovit still isn’t able to live in her home.

A Lot Of Things Are Piling Up For The Reality Star

Between dealing with this and being called a “turnip in the fruit basket,” by Dorit Kemsley at the reunion, Kavovit is having a trying time. People covered the reunion and the hosts agreed with that comment saying she didn’t really fit in with the other wives. Between dealing with a legal battle and at odds with her fellow housewives it’s been an emotional year.

Barbara Kavovit learned a lot from her father. Her Amazon bio states he encouraged her to “hold a hammer, instead of a Barbie doll.” She forged her path through a mostly male career and is now the CEO of her families’ construction company.  She needs to pull out some of the strength she channeled to help through this trying time.

‘Loki’ Coming to Disney Plus in June 2021
Despite Controversy Chris Harrison Not Cut From ‘The Bachelor’ Tonight
‘When Calls The Heart’: Where Is This Show’s Location?
Wait, Did Tammy & Amy Slaton’s Brother Chris Get Hit By A Bus?
‘Sister Wives’ Spoilers: Kody Brown Wants Another Baby, Does Robyn?