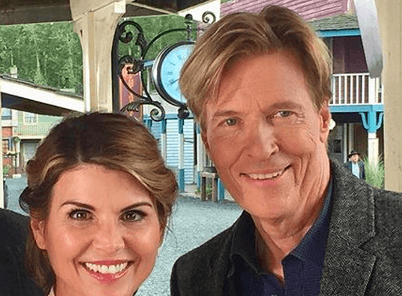 Fans of When Calls the Heart are aware of what has recently happened to the cast of the Hallmark Channel show. Lori Loughlin, who formerly played Abigail Stanton, was removed from the show after a college admissions scandal. The channel has decided to cut her from all the shows she was a part of. She first joined When Calls the Heart in 2014 so she had been there for a long time. Fans thought that her devotion to the show may push Hallmark to let her stay.

Fans assumed that the Hallmark Channel would be finding a replacement for Loughlin, but they have yet to announce any further news on this. For now, the show is going on without her. That doesn’t mean it’s easy for the cast to move on without her.

In the comments of the show’s Instagram account’s posts, fans are already saying how they will miss Abigail. Some are saying that it won’t be the same. One fan added, “I’m surprised with how the writers kept the show so strong without Jack. I was SURE that jack leaving would kill the show. I know I’ll be just as surprised at how strong the show will be, even unfortunately without Abigail!” Though this is hard, it sounds like some fans are staying positive.

ONE WEEK! Just one week until the special two-night return of @wcth_tv! Tag a friend below to remind them! #Hearties #WhenCallsTheHeart

Now, Jack Wagner, who plays Bill Avery on the show, is talking about his feelings on this big change. In an interview with Entertainment Tonight, he compared Loughlin leaving to “the five stages of grief”.

He then reflects on the show itself and bouncing back, saying,

“I’m really happy the show is coming back. I think it’s a testament to the show itself, that it’s on its feet again and it’s survived quite a few different things in the six years and now going into seven years, so I’m really proud to be a part of it. It’s really found a place in my heart. Just being in that pioneer town as an actor is just a really special feeling. It really was a real group effort of feeling like we had to feel our feelings and then we had to move past that and that’s what we’ve done. We hit our marks, gave the best performances we could, which is what we’ve always done… what we’re technically hired to do, and so that’s kind of the attitude.”

It’s safe to say that Loughlin had a big impact on her co-stars as well as her fans. This will definitely be an adjustment for everyone to get used to over time. Luckily, the cast is keeping a positive attitude as they move forward.

Do you miss Lori Loughlin on the show too? How do you feel about the show without her being a part of it? Don’t miss When Calls the Heart when it airs on Sunday night on the Hallmark Channel.

For more updates about this show and your other favorite shows, don’t miss the news from TV Shows Ace!