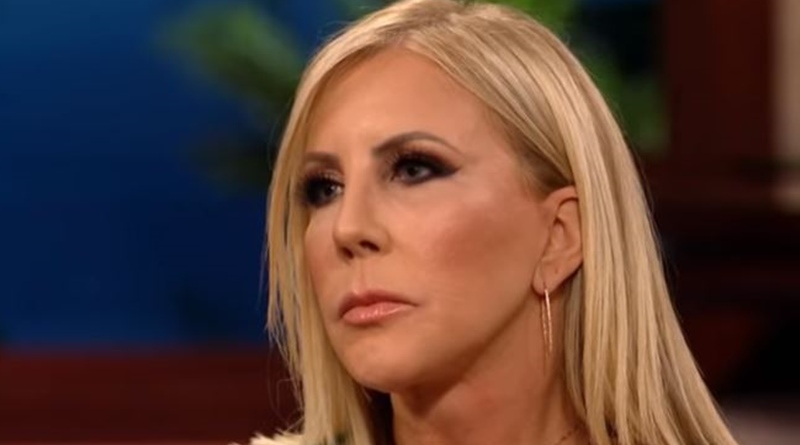 RHOC fans heard the news that Vicki Gunvalson got demoted for Season 14 of the Bravo show. Earlier this month TV Shows Ace noted that she’s still “Proud to be the OG of the OC.” Nevertheless, while putting up a brave front, it had to hurt somewhat. However, it seems her demotion allows her the time to follow a dream. Step aside Vanderpump, it looks like some competition’s coming your way! In fact, rumor emerges that Vicki Gunvalson, Tamra Judge, and Shannon Beador are planning their own restaurants.

The trio of Vicki, Shannon, and Tamra generally got tagged as the Tres Amigas. We saw that in an Instagram post that Vicki shared from March 2019. In that caption, she wrote, “So funny. Part 1 of @tamrajudge  videoing  @shannonbeador and I after a late night #tresamigas #rhoc ‘wake up a**holes’ 😂,” Hollywood Life picked up on a further comment by Vicki after a fan suggested they got their own show. Vicki replied, ” “Yep! Working on it.”

Well, it looks like a Tres Amigas spinoff may come to fruition. Well, if not a spinoff, then at least a new venture for the ladies could take off.  The news outlet speculated the possibility though, as they heard about a project in the pipeline for the three RHOC stars.  In fact, if it comes off, fans of Vicki may get over their disappointment at her demotion a lot quicker than expected.

The trio could open some Vanderpump-style restaurants

Of course, we don’t know that the three Real Housewives of Orange County stars plan to copy Lisa’s bars and restaurants exactly. However, a source told Hollywood Life they want to bring a “really fun place where people could go and hang with their friends and whoop it up, just like on RHOC.” Plus, the sourced added, “They’re looking at places domestically as well as internationally.”

Well, if Vicki gets her dream off the ground, it’s likely lots of fans of the Bravo show will try and visit the new hot-spots. But, it seems we need to wait a while. Actually, the trio’s apparently “in talks” at the moment, it’s “early days,” and they seek investors. So, “it’s still all coming together.” Obviously, if it all comes together, the potential for a spinoff’s quite high. After all, Vanderpump Rules and RHOBH drew loads of fans thought Lisa’s ventures in fine dining.

What do you think of the idea of Vicki Gunvalson, Tamra Judge, and Shannon Beador opening a Vanderpump-style restaurant chain? Will you go along and try it out? Certainly, if it goes international, many fans from overseas would look forward to it. Sound off your thoughts in the comments below.