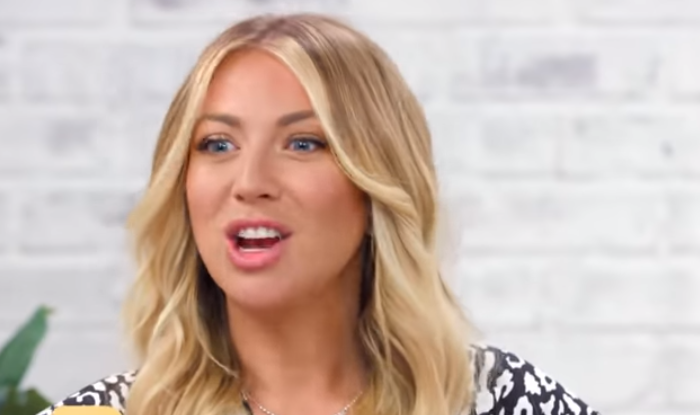 Stassi Schroeder recently dished on the new people coming to Vanderpump Rules. After the news released a controversial cast member would be added to the show, reports came out from everywhere that the cast was worried. Jax Taylor even invited James Kennedy and his girlfriend to his birthday party. It seemed the OGs were sticking together.

Stassi Schroeder used to work at SUR but she hasn’t for a while now. The Vanderpump Rules star recently sat down to talk with Us Weekly about the new cast. The people coming onto the show will reportedly be working at SUR.

She said, “she thinks every show needs a fresh person, so it’s only good.”

Lala Kent recently captioned a picture on Instagram, “two OG’s and our new bad bitch,” in a snap with Dayna Kathan and Ariana Madix. That clearly sends a message in just a few words. After that people looked into the new girl and found on social media she confirmed she worked at SUR. With Billie Lee recently quitting her hostess position and the show, some new blood is needed.

According to the Inquisitr, Stassi hasn’t shared any pictures on social media with Kathan. In addition to Lala, Scheana Marie has and she was in an Instagram post with James Kennedy last year.

The article also says while Bravo won’t announce the new members for a few more months, Kathan will be a new “witch of WeHO.”

That group consists of Katie Maloney, Stassi, and Kristen Doute. Since Dayna doesn’t get along with Jax and Brittany as we’ve previously reported, it should make for some interesting drama.

How Do The Vanderpump OG’s Fell About The New Cast Members?

Whenever there are new cast members coming onto a reality television show, it can cause tension. Stassi Schroeder said everyone is in for a surprise when the new season airs. This seems like there may be more than one new cast member. According to a post on Reality Blurb, the cast has been told there will be several new cast members and they don’t know who they all are.

With Lisa Vanderpump filming a lot less for the show, it’s going to look a look different in the upcoming season. Some new cast members will shake things up a bit while keeping the feeling of SUR and the show alive. Make sure you don’t miss Vanderpump Rules when it returns to Bravo.