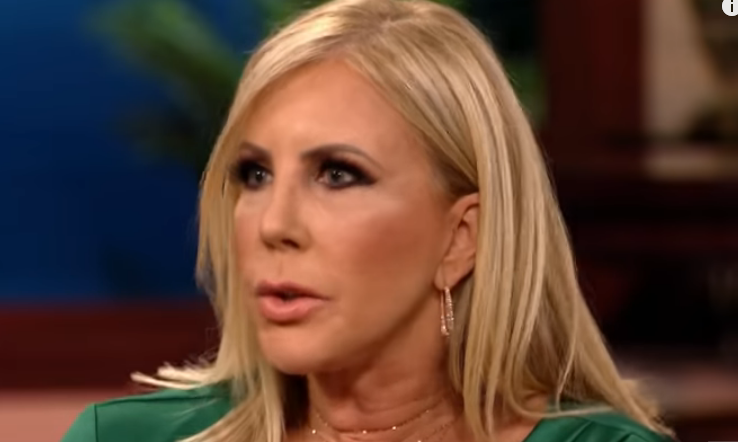 Recently Vicki Gunvalson received the news she’s been demoted from the main cast of RHOC. An insider said the reality star thought she was untouchable according to Inquisitr. The fact she wouldn’t be a main cast member had to come as quite a shock.

Vicki Gunvalson has been a main housewife for thirteen seasons. That’s quite a run for anyone. The insider said she doesn’t know what to do with her free time. Since she won’t be a main cast member, there is the feeling she’ll quit all together.

What Brought Vicki Gunvalson’s Demotion From RHOC Around?

Vicki Gunvalson has been able to mend fences with Shannon Beador and Tamra Judge. It seems she will not be able to do so with Kelly Dodd because the two of them continue to be at odds.

A fan commented on Vicki’s Instagram, “Vicki I can’t believe you are now a friend of the housewives. What is Bravo thinking? You are RHOC.” Vicki didn’t say anything outright about the demotion. She responded with a shrugging emoji. Perhaps she isn’t sure the reason for the demotion either.

After learning of her demotion Vicki posted she would always be, “the OG of the OC.” It remains to be seen if she will make a return to the show as a regular. If that’s her goal she’s going to have to play ball as a friend. For Vicki, because of the demotion, she might now have a reason for her to quit the reality life.

Lots Of People Still Support Vicki Despite The Demotion To Friend

On All About RH the blog said Luann de Lesseps is supporting Vicki Gunvalson and has high hopes for her future. Luann was demoted during the sixth season but came back even strong. When asked about the demotion she said, “she’ll be just fine.” She thinks she has the potential to come back like she did.

When talking to US Weekly, Andy Cohen said, “we’re always looking to freshen up the show and Vicki has been on it for fourteen years. She’s very much a part of this season, we’re just keeping it fresh.” He said if he had his way, she’d be on another fourteen.

Vicki Gunvalson isn’t going to sit back and be demoted quietly. There’s no doubt if she doesn’t quit the show altogether, she’ll make waves while still on it. Make sure you don’t miss The Real Housewives of Orange County when it returns to Bravo.