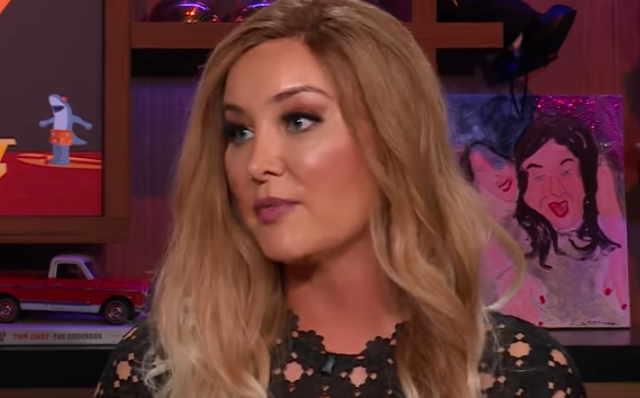 Recently we reported that Vanderpump Rules cast member Billie Lee had quit after only two seasons. She brought some diversity to the show being transgender and absolutely adored Lisa Vanderpump.

The word on the street about her departure was because of a disagreement with production. Now we’re learning she didn’t leave only because of a bad storyline. It went way deeper than that and Billie Lee is speaking out about it.

Thank you @saguarohotels for having me. 5⭐️’s all the way! Also While I have y’alls attention! Black women are worthy of a lead role in any Disney movie period! Get with the program. Thank you @disney and have a lovely day. 😘✌🏼

According to Hollywood Life, Billie Lee wrote the reason she left the show on her blog. She said she had some great co-stars and it wasn’t everyone. Lee wrote that with the good comes the bad and some of her co-stars went out of their way to make sure she was excluded. She also said one of her male fellow castmates wanted Bravo to fire her because he was uncomfortable. He allegedly said he didn’t want to have to be careful about what he said for fear of offending her.

Billie Lee said the bullying was so bad even on camera sometimes that it caused her to sink into depression. She found herself wanting to take her own life. After thinking that stage of her life had passed in high school she couldn’t believe she was back in the same position again. The reality star said she appreciated those who told her to stay on the show and speak her truth she just couldn’t be strong for another year. She thanked Lisa for her support in the post saying her encouragement meant everything.

How Do The Other Vanderpump Rules Stars Feel About Her Departure?

A source close to Lisa said she, “supported Billie’s decision. She understands what it’s like, she just went through it herself on RHOBH.” Tom Sandoval and James Kennedy also support her decision, they just want her to be happy.

The straw that finally broke the camel’s back for Billie Lee was when the producers wanted her to say she slept with Tom. Tom Sandoval has been with Ariana Madix for five years according to Bravo TV. She didn’t want to say she slept with him just for drama. They did not sleep together and she refused to go along with it even refusing to wear a mike at his birthday party. Cheers to Billie for knowing when to walk away to take care of herself.