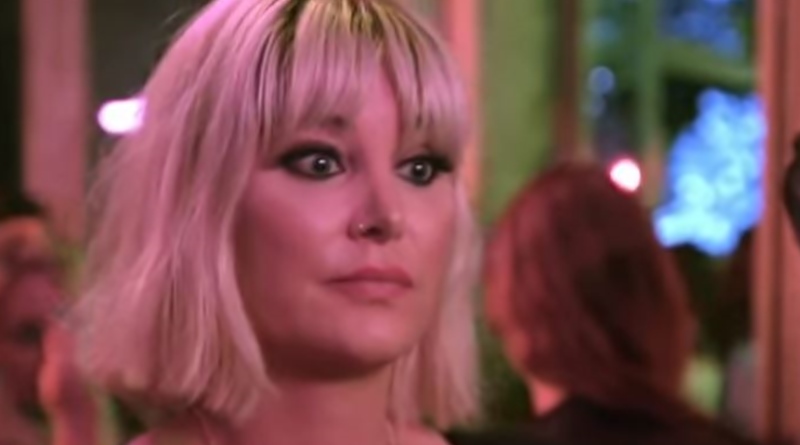 Vanderpump Rules cast member Billie Lee and Lisa Vanderpump seem on good terms. However, according to a Radar Online source, that won’t keep her with the Bravo show. Apparently, after just two seasons, she decided to quit and look for her own platform.

Vanderpump Rules‘ Billie Lee’s been a cast member since 2018

Fans know that Billie Lee’s transgender, and brought diversity to the show. They also know that she’s fond of Lisa Vanderpump. In fact, she stood up for Lisa after the lie-detector lash back on Real Housewives of Beverley Hills. It came when Lisa made a joke about Erika Jayne. “Just don’t ask me if Erika’s tucking it under or something like that, because there are some things I can’t lie about,” Lisa joked.

Lots of people hated that, suggesting that Lisa was transphobic. In fact, Lisa Rinnna was quick to slip the knife in after the joke and posted on her Twitter, “Who knew Lvp was transphobic?” Back then, People wrote that Billie, with the show since 2018, tweeted, “Lisa has always supported me and my trans experience…She has one of the biggest hearts ever. I wouldn’t be where I am today without my fairy god mother.” So, if she’s really leaving Vanderpump Rules, is seems Lisa’s not the problem.

According to the report by Radar Online, a source said, “Billie Lee has had a really hard time with the disrespect and negative thoughts overall from the show and from certain co-stars,” adding, “She is sick of the bullies and the backlash that she’s gotten on social media. She is ready to do her own thing now and is trying to pitch her own show. She doesn’t need any of that drama anymore.”

Well, there’s never a lack of drama on VPR, as fans now too well. TV Shows Ace reported, “The Vanderpump Rules reunion saw James Kennedy slap in the center of what looked like a ganging-up takedown by most of the cast. In fact, much like Lisa Vanderpump in RHOBH, almost all the cast turned on him.” That’s just one example of the nastiness that comes out in the show.

No stranger to drama and infighting

Billie Lee’s had her fair share of drama and that revolved around clashing with some of her co-stars, mainly Katie Maloney and Lala Kent. But then, the show is a series of clashes and some people don’t like that. It’s unlikely that this is all about people being down on transgenders.

What do you think about the story that Billie Lee’s leaving the show after only two seasons? It seems to have come very suddenly as they are still filming at the moment. Sound off your thoughts in the comments below.

Remember to check back with TV Shows often for more news about Vanderpump Rules.